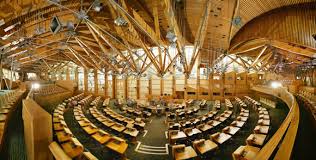 Strewth is a black belt in campaign hyperbole. In Strewth’s opinion, Nicla-flavoured SNP-badness in education denies unionist toddlers the right to grow up to be Tory voters. This is because Nicla has ‘hung, drawn and quartered the Scottish education budget’, ‘eviscerated apprenticeships’ and ‘brutally decimated’ college places.

Strewth accuses the First Minister of a criminal disregard for potholes. Potholes which her party intends to fill with tipper trucks of empty promises laid over a substrate of rash undertakings left over from the Better Together campaign. She describes SNP’s notion of free education as ‘a shibboleth’ (isn’t that a jewish ceremonial spurtle for stirring stovies at bar mitzvahs? Ed.)

In addition to being hyperbolical, Strewth is a grandmaster of the false dichotomy. On prescriptions for example, voters have a simple choice: They can pay £8.40 for their Vicks Vaporub. Or effectively force incontinent septuagenarians to wait two days for a bedpan. This bladder-busting dilemma is the consequence of Nicla starving the SNHS of prescription charges.

Strewth wants university graduates to make an itsy-bitsy, teeny-weeny retrospective contribution to their learning, of six thousand pounds. Payable only once they earn more than a part time petrol pump attendant. Contributions must be paid to a company registered in the British Virgin Islands, ostensibly owned by a beach bum who signs his name as the alchemical symbol for mango chutney.

Graduates will have an option to exempt themselves from paying back a single penny by staying in low-paid dead-end jobs for the rest of their lives. Those with a decent job must pay, kissing goodbye any chance of ever getting a mortgage, affording a weekend at Butlins or even buying a new toothbrush, until the contribution is paid. Neither will they be able to afford medicine and may well die having succumbed to a wholly preventable disease for want of drugs they used to get for free.

Strewth recently said that if Nicla got a mandate from the Scottish people for Indy II (The Revenge) that would be just ginger-peachy. She has since gone into reverse gear on the issue faster than an Italian tank during WWII.

Chances of winning: slimmer than a size zero fashion model.

Slab’s gap-closer-in-chief, Kazoo, intends to leave no fact un-mangled in her quest to close gaps of all kinds: The attainment gap between the richest and poorest, between the knock-kneed and the straight-legged, between the semi- and the fully gypit. Unfortunately, it is unlikely that she will close the gap between her top and bottom lip any time soon.

Kazoo makes a virtue out of being ‘very clear’. She often ‘listens incredibly carefully’ to an argument as a prelude to completely missing the point.  All her plans have ‘tremendous credibility’ because she has ‘done the numbers’.

Kazoo once blogged that Alec Sammin — may the fleas of a thousand badgers infest his armpits — was an utter disgrace for standing for a constituency seat and on the list. However, she is fabulously proud to be doing so herself in 2016. After all, her remarks were made long ago and therefore don’t count. Besides, she had her fingers crossed behind her back when she made them. She is tremendously proud to be doing what she previously despised. Hypocrisy in excelsis.

Chances of winning: Lower than a limbo dancer’s testicles.

Hat-Trick is Cocoa-Veener of the Green Party. He would introduce a 60p upper tax rate to finance green policies. For example, part of this tax windfall will finance a bold move to provide self-sustaining hydroponic aubergine troughs fertilised with goat shit from local smallholdings and suspended under the eaves of all Scottish council houses from ropes woven out of nettle stalks.

Hat-Trick rejects the notion that devious rich people will simply avoid tax by driving their Bentley to Chipping Sodbury with their chauffeur up front and their ill-gotten loot in the boot. He argues that HMRC have been given frightening new powers to chase such money — all the way to Chipping Sodbury by hydro-electric powered tandem if necessary. HMRC will also be authorised to look for unpaid tax behind potting sheds, under fly-tipped baths and concealed in lavatory cisterns in bio-degradable bags.

On law and order, for slightly bad people, Hat-Trick would abolish prison sentences of less than three-quarters of an hour duration. This will allow police to concentrate on locking up really bad people and making them tread berries in the prison winery. Proceeds from selling the resulting Gooseberry Chardonnay at farmers’ markets would go to fund eco-friendly truncheons.

A property tax is to be introduced, based on the annual re-valuation of every property in Scotland. From bike-shed to architectural folly. From cold-frame to air-raid shelter. If you live in an expensive property but don’t earn enough to eat every day, and have to lag your legs with loft insulation to survive the winter you can defer payment until after you are dead. That’s a comfort of sorts.

Chances of winning: Lower than a dachshund’s teats.

Wee is concerned about mental health, especially amongst Liberal Democrat politicians who are waiting up to nine months to be told they are howlingly unhinged.

Wee is also gung-ho about the restoration of old-time policing — think P.C. Murdoch and Dixon of Dock Green. This is because it is high time responsibility was injected back into policing. In an astonishing example of Orwellian double-think, Wee insists that we listen to what senior policemen want because they know best, while simultaneously empowering local authorities to overrule the same senior policemen if they don’t like the cut of their jib. Wee would scrap the centralisation of Police Scotland and establish 48 police regions all with different uniforms.

The SLDP was for fracking, then against it, then for it again. At which point Wee ignored the democratic will of his own party and came out against fracking on their behalf. This is known as ‘providing strong leadership’.