The BBC slipped in a wee bit of good news for NHS Scotland, to the lunchtime report last week, but it was too busy with bagpipes and the Celtic game to repeat it later at 6.30.  Jackie Bird brought us this great news:

‘Meanwhile fewer people are dying in Scotland’s hospitals. Between 2014 and this year, hospital mortality fell by 4.5% which is 3 000 fewer deaths than predicted.’

Oh come on BBC, surely that’s headline material and worthy of a smile? What about getting Shona Robison, SNP Health Secretary, on to be grilled by Jackie and defend herself against Tory accusations that NHS Scotland is deliberately using taxpayers’ money to improve health outcomes? As somebody who is increasingly in hospital, I’m chuffed to feck. 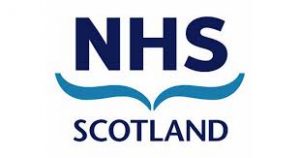 ‘Health Secretary Shona Robison said: “It is encouraging to see that our commitment to patient safety across the health service is delivering such strong results, especially at a time when our NHS is treating more people, with more complex needs, than ever before.

“Scotland was the first country in the world to implement a national patient safety programme and is the only UK country publishing and driving improvement in our NHS through the use of mortality data in this way.”’

Now, I know comparing hospital mortality figures between NHS Scotland and NHS England is frankly insensitive and tasteless but if I don’t do it, who will? Luckily for the latter, there are no directly comparable figures. NHS England’s administrators are too damn clever to get caught out failing. However, you can still make a rough comparison using this from ‘The NHS’:

So, I think we can say that for 122 out of 136 trusts, mortality rates were either static or worse. I’m going to suggest that, overall, the NHS England mortality figures did not fall and might even have increased, for the same period in which Scottish rates fell.

Add this to the other data I’ve provided in earlier NN reports (see list below) and I think we can credit the SNP government in Scotland with achievements that BBC Scotland cannot bear to credit.

NHS Scotland is demonstrably the best-performing in the UK and among the best in the World: Look at the evidence.

1. Scotland has the best and still improving A&E performance in the World. (Royal College of Emergency Medicine and Holyrood.com 1, 2)

2. Scotland has the most GPs per head of population in the UK and has had so every year since at least 2004. (Nuffield Trust 3)

3. Scotland’s GPs feel the most-satisfied, the least over-worked and the least-stressed in the UK and perhaps in the World. (Commonwealth Foundation of New York 4)

4. Scotland’s GPs are significantly more satisfied with the coordination across multiple sites and providers than in England. (Commonwealth Foundation of New York 4)

6. Over 100 000 treatment delays caused by junior doctor strikes in England but none in Scotland (BBC 7)

7. Bed-blocking in Scottish hospitals remains on a downward trend, with 7% fewer delayed discharges than last year. This is in stark comparison to other parts of the UK where the number of people delayed waiting to leave hospital is on the rise. (Herald, Scotsman and Jersey Evening Post! BBC 8, 9)

9. Scotland, by contrast [with England], has abolished all vestiges of the ‘internal market’. (The King’s Fund 11)

10. There is relatively little cross-border flow of patients from Scotland to England. (The King’s Fund 11)

11. Scotland specifically embraces a philosophy of ‘mutuality’ between the Scottish people and the NHS. Internally it has a highly developed approach to partnership working between the trade unions and management. The partnership’s remit stretches well beyond terms and conditions to broader issues such as quality and the design of services. (The King’s Fund 11)

12. Scotland has a long and honourable tradition of clinical audit that over the years, both before and after devolution, has helped inform the approach of the other countries. (The King’s Fund 11)

13. Scotland appears to have made more progress [in developing integrated care], perhaps in part due to its relative organisational stability over the past decade (The King’s Fund 11)

14. Scotland’s greater and earlier success in getting an electronic and shared summary care record in place, despite England investing vastly greater sums in its National Programme for IT (The King’s Fund 11)

15. Public satisfaction with the Scottish NHS reaches as high as 74% in Scotland but only as high as 63% in England (King’s Fund, 12)

16. Scottish nurses more confident in coping with demand than English nurses (OK I made that one up as I wait for the RCN to come clean on the data and confirm my guess) 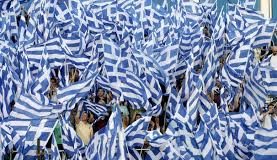 ‘Like Greece, but without Socrates or any of the thinkers and...