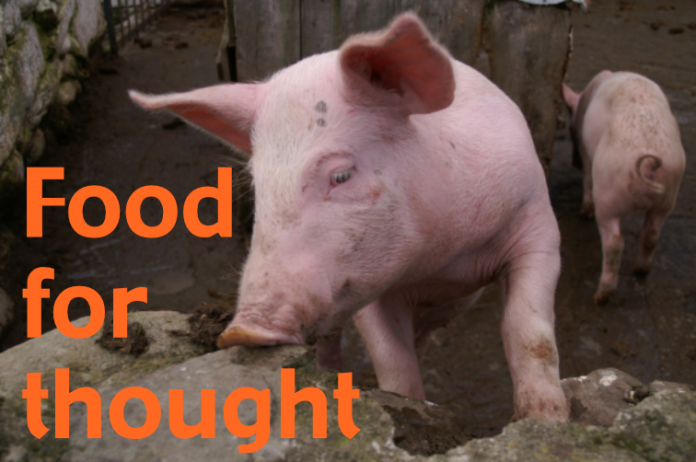 Fuel shortages and price rises have been hitting the headlines along with price hikes for food and tales of empty shelves in supermarkets. Fuel self-sufficiency is far from the norm and is causing a major rethink of energy policies in many European countries which buy oil and gas from Russia.

Food self-sufficiency, or its lack, is beginning to cause worries, major problems caused by Brexit and Covid-19. Wheat and sunflower oil that come largely from Ukraine and Russia could begin to impact on the availability and cost of foodstuffs made from these. And UK government trade deals, though their effects are miniscule on GDP (178 trade deals would be required to counter the loss of trade with the EU and Britain’s trade deal with Australia is expected to add a mere 0.02% to the UK economy over 15 years) these will impact on sectors already reeling, mainly livestock farming and food production.

“The food and farming sector is a key part of the UK economy. It’s the largest manufacturing sector, and contributed some £127 billion, which is 6.7% of national Gross Value Added (GVA).

“During 2021, the sector faced a number of unprecedented challenges as it adapted to the circumstances created by the covid-19 pandemic, the imposition of checks and controls on exports from Great Britain to the European Union, and challenging issues around cost and timeliness, for example in relation to energy, fertilisers, carbon dioxide availability, packaging and shipping. However, the single biggest factor affecting the sector has been labour shortages“

The two hignlighted quotes above are from the first paragraph in the introduction to the House of Commons Environment, Food and Rural Affairs Committee report on Labour shortages in the food and farming sector, Fourth Report of Session 2021–22. The report shows that as of August 2021, the food and drink sector had a chronic labour shortage, with Scotland Food and Drink saying that the shortage of labour is the single biggest challenge they face. Labour availability is a barrier to growth with the possibility of the food supply chain breaking down. Much more needs to be done to attract domestic workers and increase investment in technology, but neither reform could be expected to make up for the sudden decline in overseas labour in the short term.

Scotland’s food and drink sector is the largest manufacturing sector in Scotland, generating 18.8 per cent of Scottish manufacturing turnover. Scottish agriculture directly employs over 63,000 people and supplies a rich larder that ranges from in-season strawberries to quality Scotch Beef, all of which is produced to high standards which Scotland has led the way in establishing. Owing to the quality and provenance of Scottish beef and lamb it is estimated that more than 70 per cent of the value derived by the red meat industry is generated from sales outside of Scotland. Scottish farmers are members of a number of quality farm assurance schemes, including the QMS Cattle & Sheep Assurance Scheme, Scottish Quality Cereals Farm Assurance, Red Tractor Farm Assurance, and more. Since many farms are small and medium sized family enterprises one quarter of regular farming staff are family members.

Currently the UK is only 60 per cent self-sufficient in food so any problems that reduce that percentage need to be addressed. Unfortunately a serious lack of staff has had an impact on that sector with the report quoting:

The reason for these problems?

“While we recognised difficulties in disentangling the precise effects of different reasons for the labour shortages, our evidence was clear that the two main causes were: the covid-19 pandemic and Brexit.”

Historically the food production sector has been highly dependent on overseas workers, especially from the EU. Of the 2.3 million EU citizens working in the UK on a permanent basis in July 2021 around a fifth were thought to be in the food and drink supply chain. Labour shortages, caused by Brexit and the pandemic, have badly affected businesses across the food and farming sector and without a swift resolution they threaten to shrink the sector permanently “with a chain reaction of wage rises and price increases reducing competitiveness, leading to food production being exported abroad and increased imports.”

Some sectors have offered hgher wages and other incentives to attract and retain staff. But with margins in the UK’s food and drink supply chain extremely low, higher operating costs—such as increased wages— would result in “demand destruction for domestically produced product in favour of imported product, which has much better access to labour”.

Many stakeholders described these schemes as being “too little, too late”, criticising the low number of visas, the timing of their introduction, the duration of the visas, and the choice of operators to run them. Scottish Land and Estates considered the schemes for the poultry sector and HGV drivers wholly inadequate and unlikely to have a material benefit. The 800 temporary short-term visas for pork butchers was said to be merely “scratching the surface”.

Some producers regarded the current immigration policy as not being designed to work for food and farming, with many jobs in the sector not eligible for visas, which can work out extremely expensive, because they do not meet the skill criteria or, in some cases, salary criteria. This approach was not considered an oversight, but rather a “deliberate decision to have an immigration policy that was very much slanted towards high skilled [workers]”.

It was considered shortages could create cost pressures that undermine UK competitiveness and lead to the ‘export’ of some businesses in the sector. The British Retail Consortium warned that ‘the UK had “a choice” to “accept [that] a proportion of migrant workers is required to maintain production at its current level or allow an element of our food production to be outsourced to countries where labour is available and then import that into our supply chain”. This of course would result in enormous harm to food growers and producers, farmers and indeed rural areas with a likely fall in the standard of the food we eat and of animal welfare standards.

The report considers the Government failed to grasp the labour issues faced by the food and farming sector and found there had also been ‘an unwelcome tendency for the Government to blame the sector for not doing more to tackle the problem or fully utilising the immigration system—sometimes on the basis of incorrect information.’

“The evidence we have taken leaves us in no doubt about the seriousness of the issues facing the food and farming sector caused by labour shortages. These include food security, animal welfare and the mental health of those working in the sector. In contrast, the Government has not demonstrated a strong understanding of these issues, and even on occasion sought to pass the blame onto the sector on the basis of incorrect information about its own immigration system. The Government must radically shift its attitude and work together with the sector to devise solutions that speedily help address the problems it faces, in the short, medium and long-term to help the UK’s food industry and enable it to thrive. Failure to do so risks shrinking the sector and leading to higher food inflation at the price of the UK’s competitiveness, thereby making the country more reliant on food imports as we export our food production capacity—as well as the jobs it supports—abroad.”

A powder keg waiting to explode