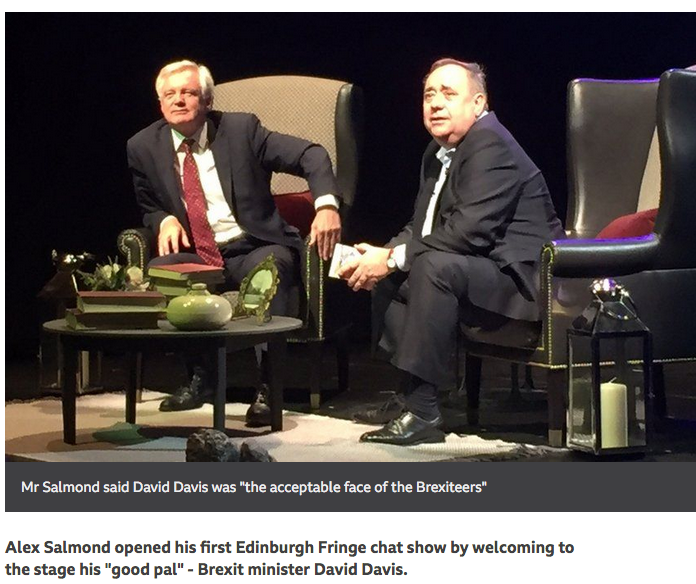 Looks like you’ve had your chips Mr Salmond, Scotland has little need of you – and take your Tory pals with you.

Find something to occupy your time. Perhaps chain mail crocheting or kick boxing with Ruth Davidson. We in the Independence movement want to get on with the process of electing an Independence Parliament on 6th May. So you are upset we get that, but a marriage of convenience with hardline Tories to get back at Nicola Sturgeon and now using David Davis to undermine the Scottish Parliament itself is unforgivable.

Salmond was a hero to all of us back in the day, although we were aware of some less attractive personality traits. These tended not to be on the radar of the general public but now in an extraordinary campaign of revenge employing Andrew Neil and The Spectator to stump up the cost of a court case and David Davis to raise issues under parliamentary privilege, the less attractive aspects of Alex Salmond’s personality are in full view. Far from seeking to restore his reputation Salmond is blind to the reality that he is trashing his reputation in his collusion with arch unionists and far-right Brexit England. There are none so blind as those who cannot see.

“The Dream will never die”

Conspiracies are easily manufactured by those with an agenda. Increasingly people are beginning to understand any conspiracy would be more likely linked to unionist plans to prevent an independence majority on 6th May. Alex Salmond has his name written all over that conspiracy. When he resigned in 2014 he left us with the words ‘The dream will never die”. Well it has not died but it seems Salmond’s strategy now is to pull the dream apart bit by bit when the rest of us in the independence movement want to get on with making the dream the start of reality on 6th May.

One thing is clear to Newsnet – there are many frustrated that we have not had an opportunity earlier to have an independence referendum. We needed to leave the EU to make the ‘taken out of the EU against our will‘ mandate operational. We left on 1st January 2020 but then came the pandemic. Now we can see a way clear if we can brush aside Salmond’s carnage to concentrate on electing an Independence Parliament on 6th May. To all those who have repeatedly said they want independence NOW, then we urge you not to be deflected by unionist political games so we can all come together to ensure we elect a parliament that can work through the necessary process to our next referendum. Only a government and our Scottish Parliament can do that. It is our role to enable that work to take place with our votes on 6th May.

The alternative would be to wait until 2026. Is there anyone out there that would prefer that. No we thought not, because if we still have a Scottish Parliament in 2026 it will be severely hobbled. The unionists mean business. Salmond’s revenge is a dream come true for them. We would have wished Alex Salmond had found a more constructive role to occupy his time. If that is not to be we have no choice but to ignore him out along with his unionist pals. An Independence Parliament is the goal and nothing and nobody should be allowed to get in the way.

Alex Salmond’s Trumpian sex joke about women politicians brought a furious reaction from Labour MSP Monica Lennon, speaking up for the sisterhood on Politics Home, she said: “It would be wrong to laugh these comments off as a bit of banter, this is a former First Minister degrading female politicians… It would set a horrendous example to young men if he tries to hide behind these sexist comments as risque humour.” None of the politicians Salmond mentioned were from the Labour party. 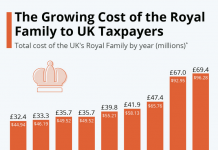 In the news: Royal’s pay, ‘Salmond mince’ Gorbachev at 90 and Piers…

One Iceland, many futures