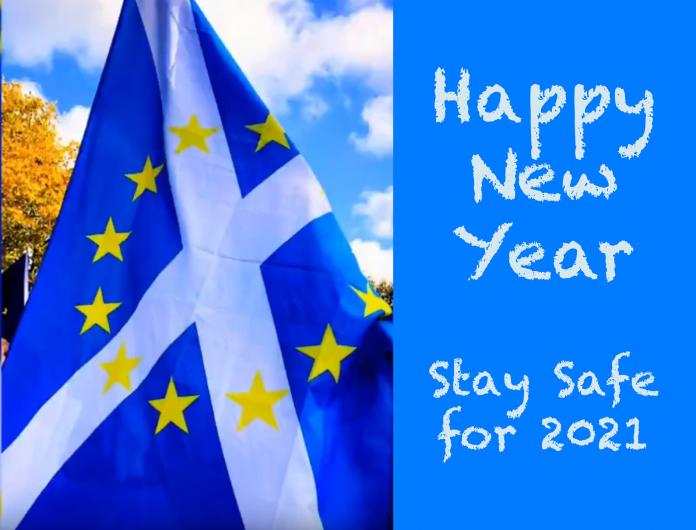 As 2020 comes to an end it is without a doubt that the early months of 2021 will continue to be difficult as the virus is more dangerous than ever and compounded with Boris Johnson’s idiot Brexit deal will make life even more difficult than it needed to be for all of us.

Our New Year message is a sobering one. The last thing our A&E departments need is the normal New Year admissions. For yourself, your family, your community and Scotland stay safe and follow the rules.

The statistics do suggest that people travelling to Scotland have increased infection rates but we also know that some of our population are also ignoring the rules and mixing and exposing themselves and others to the virus.

Looking beyond the early months of 2021 we hope for vaccine rollout to finally tame this dangerous virus and get the R rate down below 0.5.

It will be an important year for Scotland as we begin the process of cutting the anchor chain with Westminster and the Union with the Scottish Parliament elections in May. Then it will be full steam ahead for indyref2.

Believe in Scotland. Believe in yourself so that 2021 will be the year we changed Scotland for a better future of our own making.