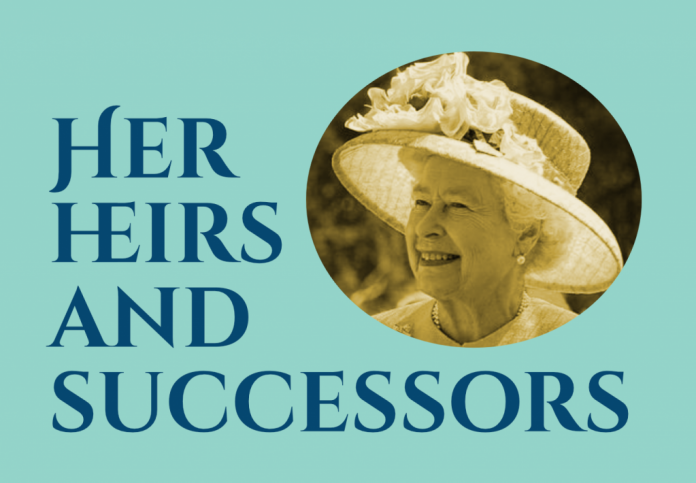 Molly Pollock looks over the draft interim constitution by Dr Bulmer, of Dundee University, and finds some things to commend and others to be questioned in its relationship to British constitutional past practice.

Michael Russell, former Scottish Constitution Secretary, now SNP President and political director to head up the indyref2 campaign, said in his National Roadshow interview with Callum Baird, that a constitution was not a prospectus which dotted ‘i’s and ‘t’s, tying down every detail about what would happen after independence. Having said that, he ventured that the report of the Social Justice and Fairness Commission provided a very good indication of the type of country an independent Scotland aims to be.

As a believer in a participatory democracy Michael Russell said that with independence established we can then turn our minds to fleshing out our constitution through widespread citizen involvement. Iceland a few years ago went through such a process of democratic involvement in rewriting its constitution.

Dr Bulmer is “a Senior Programme Officer. Bulmer work focuses on the policy-oriented analysis of constitutional design choices, with a view to equipping constitution-builders with the knowledge and understanding they need to make well-informed constitutional choices.” He was previously Research Director of the Constitutional Commission (2009-13).

An interim constitution for a newly reinvented country would appear to make sense, given the amount of work the independence process will involve in many other areas. This would provide basic rules for conducting our new democratic country. To someone who knows little about constitutions it appears Dr Bulmer’s draft is based closely on a Westminster model. But the big benefit of independence is that we will have the freedom to do things differently in the way that best suits Scotland, Scots and our ambitions.

The problem many will have with this draft interim constitution is that it draws from a Westminster system where the monarch is unquestioned head of state.

Whether Scotland is a monarchy or a republic is a question for post independence. It is a question that needs its own space, time for sensible discussion with the independence behind us. But Dr Bulmer’s draft constitution places it central to independence, following the Westminster route lock, stock and barrel, a route which would be opposed or at least loudly questioned by many given recent revelations on how the monarchy can interfere in the Scottish legislative process to exclude themselves from effects of certain bills. A report in the Guardian details how the Queen received “advanced access to at least 67 parliamentary bills deemed to affect her public powers, private property or personal interests under an arcane custom inherited from Westminster.”

Michael Russell in his National Roadshow interview said that,”Independence is about being able to do things differently.”

So let’s look at the appropriate clauses and ask ourselves whether there is a way to do things differently, rather than adopting wholesale Westminster’s way of conducting state business, whether there is a solution without totally opening the monarchy/republic can of worms this side of a referendum.

So far so good. People in Scotland have a right to choose how they are governed.

Hmmm! Wait, I thought independence was about being able to do things differently, and that people in Scotland have a right to choose how they are governed?

Question: Do we want to tie Scotland indefinitely to an unelected monarchy, its heirs and successors? Nothing else in life is so permanent so why should this be?

And so it goes on, with the monarch as head of state being the final arbiter – at least in name. Question: in the 21st century why is that necessary or desirable? Unlike centuries ago most people in Scotland are well educated and have wide experience in a great variety of fields both at home and in the wider world. Why do we need a head of state to approve what we do? We are capable of taking our own decisions and standing up for them and their consequences.

One piece of sense in that last section. The monarchy will not be allowed to interfere, as at present, in Scottish parliament bills.

Without getting bogged down before the referendum in discussion of the monarchy can we instead opt in our interim constitution for a 21st century monarchy – that is removing the monarch from having an input on how we run the state and opting instead for a monarch who is basically a figurehead and who performs such functions as the opening of Parliament, but who has no say in our legislation or the way our democracy is run. Rights and privileges would go, payment for services rendered would be by a realistic salary for the monarch and for events attended by other members of the family. Those in receipt of public funds would be expected to be strictly non political otherwise all payments would cease.

Then we can spend money saved on those who most need it.

Too drastic, too egalitarian for a new Scotland? If we want to build a society where inclusiveness is inherent and everyone is valued then why should such measures seem drastic?

Of course the monarch and the numerous other members of the royal family might not agree to this, seeing it as draconian and unBritish. Not fair play and all that. But if so they would in effect be abdicating as monarchs of the Scots, suggesting to many that they value position and wealth over the good of Scotland and its people and its desire for a progressive, modern country.

If they decide to agree in order to retain their titles then Scotland will have become more democratic with independence whilst retaining a monarchy that many still value, one much more suited to the twenty first century than the middle ages.

Like the interim constitution the position of the monarchy needs to be able to be reviewed in a democratically formulated constitution, which should have provision for a future referendum on the monarchy, if that is the will of people in Scotland.

Dr Bulmer’s model, in drawing so much from British constitutional precedence, lacks the blue sky thinking that an interim constitution should deliver. The principal of using an interim constitution is sound, but we need to cast the net wider and examine the constitutional settlement in other countries who have not been overpowered by the British way of doing things. Scandinavians in conversation have often expressed disbelief to us in the monarchical relationship in Britain whilst having their own monarchs, as is the case in Denmark, Sweden and Norway.

To do an interim constitution justice Scotland needs to consider whether there is a northern European model that would be more appropriate for Scotland if it is to continue as a monarchy for at least a period beyond independence.

Editor’s note: The right to religious freedom is an important part of Dr Bulmer’s draft. Scotland is multi faith, no faith and nae sure. Newsnet believes the state should be secular, as in France, with a monarch having the same right as everyone else to follow the religion of their choice.

When Will the War Be By?

Mark McNaught on why Scotland needs a written constitution