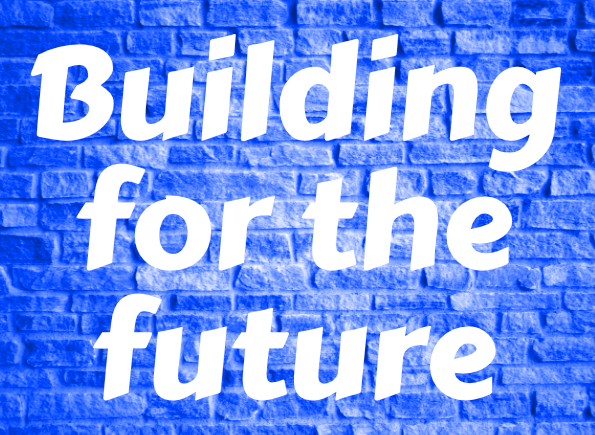 Whilst the UK government was busy making itself a pariah, fuelling wrath over its treatment of asylum seekers and of its determination to make sweeping changes to the Northern Ireland Protocol, the Scottish Government was laying out evidence to support the forthcoming debate on independence, with a referendum scheduled for 2023, probably the autumn.

The document Independence in the Modern World: Wealthier, Happier, Fairer: Why Not Scotland? is “the first in a series of Building a New Scotland papers designed to contribute to a full, frank and constructive debate on Scotland’s future.”

There is an acknowledgement that:

“Scotland has already come a long way since 2014. A great deal of nation building has been done in the years since the last referendum. For example, in Revenue Scotland, we now have our own tax agency, and in Social Security Scotland, our own social security agency. We also have the independent Scottish Fiscal Commission and the Scottish National Investment Bank. In other words, substantial parts of the institutional infrastructure that an independent country would need, and which did not exist in 2014, are now in place.”

So we start this independence campaign from a higher starting point than we did for the 2014 referendum. The series of papers to be published in the months ahead will set out details on key issues that people will want information on. This first paper is a scene setter as any case for change needs to start with an analysis of the ‘status quo’ before we can discuss options for the way forward.

This paper asks whether Scotland’s position in the UK has enabled us to reach our full potential, now and in the future, especially now that the UK is outside the EU. A number of countries have been selected for comparison across a range of economic and social indicators, with the performance of the UK (and therefore Scotland as part of the UK). These are Denmark, Sweden, Finland,, Norway, Iceland, Ireland, Switzerland, Austria Belgium and the Netherlands.

This comparison overwhelmingly suggests that independent countries of Scotland’s size do significantly better, outperforming the UK. The comparison suggests the status quo as part of the UK is not working for Scotland or in its best interests and poses the question on how best to fix our underperformance.

“What this – and the papers that follow – will seek to do is to demonstrate that becoming an independent country, while forging a close and constructive partnership with the rest of the UK and with our fellow Europeans, can and will help Scotland match the performance of our neighbours and fulfil our potential.”

UK out-performed by other European countries

The comparisons in this paper suggest that across a range of key economic and social measures, “the UK is out-performed by a comparator group of European countries. This strongly suggests that Scotland’s performance suffers from being tied to an increasingly outmoded economic and social model and would benefit from applying lessons from the different models discussed in this paper. The full powers of independence would extend the opportunities for applying these lessons.”

The paper states an “assessment and arguments presented by Professor Kevin O’Rourke discussing Ireland’s economic development as an independent country is of interest. Professor O’Rourke argues that “a plausible candidate” for Ireland’s economic underperformance in the period between 1954 and 1973 (when Ireland joined the then EEC) was “excessive reliance on the sluggish British economy”. Ireland’s improved economic performance after 1973, even before the creation of the Single Market, coincided with its rapidly decreasing dependence on the UK for trade. “EEC membership led to a far more diversified Irish economy, less dependent on its immediate neighbour, and healthier as a result.”

The key UK government policy of levelling up has had little effect on regional equality. The report states:

Scotland can do better

The paper is essential reading. Many of the graphs and bar charts tell a stark story. Here are few of the graphs from the paper which will be an ongoing source of information to draw on in the months ahead.

However “Since 1999, the Scottish Social Attitudes survey has found that, by a margin of 30 percentage points or more, adults in Scotland have been significantly more likely to say that they trust the Scottish Government to act in Scotland’s best interests ‘most of the time’ or ‘just about always’, than to say that they trust the UK Government to do so.”

On the UK business model the report observes that “the UK has long pursued a different economic path to that of most countries in northern and western Europe, and the policy choices it has made have resulted in different – often radically different – outcomes”. It cites the UK’s short-term approach to ownership and corporate governance, making it much more open to foreign buyouts, low prevalence of public ownership and a particularly active market for corporate control.

The report notes that:

“the UK’s distinguishing characteristics are to a large extent the results of a deliberate set of policies pursued since the 1980s. As one commentator has put it “the growth of finance, a flexible labour market, and a smaller state imprint on the economy than most western European countries were all components of the decision to chart a course towards a mid-Atlantic position”.

Independence will not magically bring changes overnight, it will not even bring about major changes in a short time frame. Like all major changes time will be required. But independence will allow us to determine the type of country we want to live in and to have our say on how that is achieved so that everyone can benefit from those changes, with Scotland becoming a wealthier, happier and fairer country, playing our part internationally for the good of people and the planet. 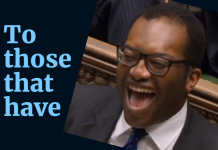