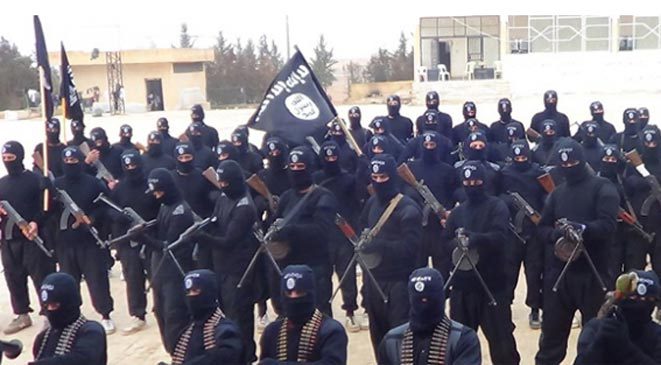 Some people have a commendably abrupt reaction to a terror attack. It can be summed up succinctly: Bomb the bastards. Me, I react like a victim just outside the danger zone. I’m disorientated, uncertain and dismayed.

I have to agree though that revenge is a powerful lure that draws on the ancient impulse to retaliate. We can strike harder than you can…until the next time.

That’s what France has done – sent in the bombers. A squadron of jets fired 20 bombs into targets at Raqqa, the ISIS capital in Syria to, we are informed, devastating effect. I don’t doubt it.

So devastating, that it seems unlikely no citizen of Raqqa would have been the innocent victim of the attack. However many signed-up jihadists were killed, there must have been a number of locals blown up too…the same innocents on café terraces and in a concert hall whose bodies lay ripped by Kalashnikov cartridges in Paris.

Across the Middle East there is a growing trail of dead innocents. We count the victims of the Sharm el Sheikh air crash and the Paris slaughter, in the Gulf and to the North, they count non-fighters blasted by drone strikes. Like the al-Taysi family on their way to a wedding in al-Baydah province in Yemen at the end of 2013. They were blown to pieces. A State Department spokesman said: Obviously, broadly speaking, we take every effort to minimise civilian casualties in counterterrorism operations – broadly speaking, without speaking to this one specifically…

In Pakistan, Afghanistan, Somalia and Yemen alone, the Bureau of Investigative Journalism reports that up to 5500 people may have been killed by US drone strikes. Of the total as many as 1100 have been civilians, including children. That’s as far as anyone can tell. It’s also just from drones, not cruise missiles or bombing.

I did a search for Raqqa and there are images of beheadings, heads on spikes in the public square, smiling men holding up severed heads, a throat being slashed with a blade, crowds watching gays being thrown from towers, black-shirted militias and jeeps of full exultant, cheering men. Smoking is sinful, women can only go out accompanied. Bodies are left on crosses in full view of all including the children.

Maybe it’s just me but I think the population of Raqqa has suffered enough.

Can we complain about the massacre of our innocents when we (and Britain is part of this) knowingly massacre theirs – however inadvertently? Or is the answer that they started this and we’re only retaliating – we wouldn’t be doing this if they hadn’t launched their jihad on us?

Well, reluctant as I am to let anyone avoid their responsibilities, we do have to face up to a few uncomfortable truths. They don’t justify the medieval horrors of ISIS in any way but if the terrorists are to be confronted with their sins, we can take time to hold up the mirror to ourselves.

You’d need an expert in Middle Eastern tribal loyalties and comparative religion to explain the detail but none of us should dodge a bit of basic homework by passing all the blame on to one side. If you like your Lawrence of Arabia, and I do, you’ll recognize how Britain and France, as leading powers in 1916, believed they knew best when it came to the Middle East. As good Christian supremacists, they assumed the roles of civilizing influence on warring tribes and, while urging them to beat the Turks to destroy the Ottoman influence in the region with a promise of subsequent independence, Paris and London were lying to them. The leading diplomats involved were Mark Sykes and Francois Georges-Picot. They secretly did a deal to carve the area up between themselves, assuming sovereign powers for Britain in what are now Jordan, Iraq and Palestine with France controlling Syria and Lebanon. (Lawrence’s dilemma was that he got to know of this and found his loyalties conflicted between the UK and the Arab tribes he led).

The result was that Arab countries never did get the independence they fought for and ended up as pawns of the great powers. Any hope of liberal, modern democracy was destroyed as their grievance turned to military nationalism as the best means of ousting the Europeans. Another legacy was the straight lines so casually drawn by the European country-builders and turned into real borders – they ignored tribal and sectarian divisions on the ground, festering relations.

Our history in this is far from inspiring and, as the Arab nations see it, it was compromised further by the arrangement to create a Jewish state out of Palestine that we allow to behave ruthlessly and illegally, according to UN resolutions.

An ISIS defector has now told how the real power behind the group is held by former Iraqi soldiers, men who lost everything after the American-led invasion in 2003. One of the catastrophic errors in post-war Iraq was the de-baathification of the civil service and the military – the people who run the country and the people who defend it. They were thrown out of work, in many cases denied income or pension, humiliated and left destitute yet, in the case of the Army, still with access to weapons. Nearly 300,000 armed, angry and vengeful males were loose in a country without effective government. That was the base for the insurgency that followed and morphed into al Qaeda before splitting into ISIS. The men who became leaders of ISIS met for the first time in an American prison in Iraq.

We, the Western nations, have played a role over the years in creating conditions in which the malign, dogmatic and murderous obsessions of zealots and thugs can flourish. And we continue to do so today.

It doesn’t excuse their nihilistic fetish for barbarity but it has provided them with a motivation and a target. It’s not to say that they wouldn’t have devised another purpose for a violence campaign – the age-old schism between Shia and Sunni does not need outside ignition to start a war in the Middle East. But the West’s incurable theology of intervention – for peace, diplomacy, oil and commerce – is provocation to the aggrieved. We delude ourselves that our governments are benign agents of altruistic intent and our allies are good guys. The standing insult to civilisation that is Saudi Arabia is a reminder that even those whose standard operating procedure appals every ‘British value’ can parade through the halls of our democracy and our royal palaces.

We are on the road to Hell (as the jihadists might say). Because, however you look at it, this isn’t a war in the normal sense against a country and it’s not clear what victory would be. If we bomb this lot into oblivion, is that it? To date, the insurgents have become each more violent and psychotic than the last. Who takes over in swathes of Syria and Iraq and what rights to Sunnis and Shia have? Does Assad survive when the Sunnis want rid of him? When will the Arab Gulf states with their oil wealth, invest in democracies in Iraq and Syria? Hang on, they aren’t even democracies themselves…

I daresay a massive Russian invasion – and Putin will definitely retaliate – perhaps in a newly-forged all-country alliance will eventually destroy these lost souls and their structures. But some new variety of malevolence will spring up and other metropolitan Friday nights will end with gunfire and sirens. Like climate change, we are incapable of coming to terms with the changes it requires and so are destined to carry on as before. I wish I had the bullish certainty of the commentators that another air war will end it but I fear the desperation to do something is another version of Sykes-Picot – a lie that will unravel.