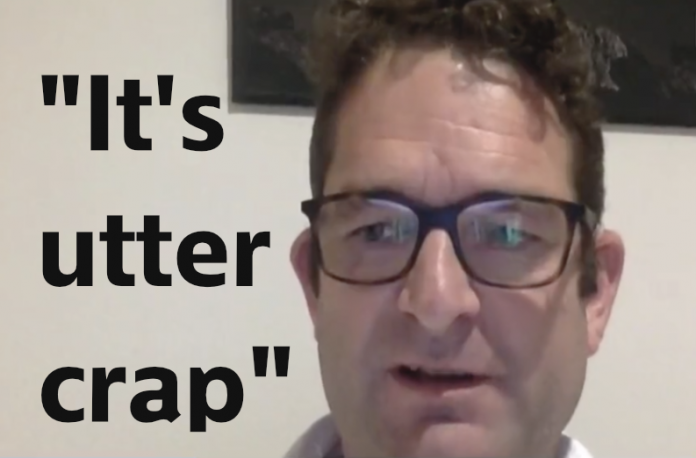 Yesterday the UK government announced it would send asylum seekers to Rwanda to be ‘processed’. However it appears that even if these asylum seekers are accepted as refugees they will not be returned to the UK but will stay in Rwanda or be given the option of returning to their country of origin.

Many Tory supporters are overjoyed that strong measures are being taken to stop what they see as the flooding of the country with economic migrants, which is now a term of abuse despite the positive contribution many could make in a UK desperate for people to fill jobs. They want the small boats crossing the Channel to stop. They say the government’s action will stop people traffickers, though that didn’t happen when a number of years ago Israel offshored migrants to Rwanda. Of the 4,000 sent most left almost immediately and found their way back to Israel. On social media all the old mantras have been dragged out in support of the plan – there are too many coming in, we’ve no room for them, they take our housing and jobs, it costs us a fortune to keep them in the lap of luxury in hotels, our hard earned money is being squandered on them while people here can’t afford to eat.

Costs? Who cares about costs some are saying. It doesn’t matter if it costs much more than now. We want rid of them. And those already here should be shipped off too.

Others view this as an extension to the law-breaking by the Prime Minister, the Chancellor and others. Yet another step on the slippery slope from democracy to authoritarianism and worse.

Unsurprisingly the Daily Mail supports the plan and its headline indicates that Johnson will not be deterred. As someone on Twitter pointed out: Those referred to as the ‘left’ now translates to anyone with a shred of decency. Refugees today, what other group tomorrow?

The asylum system is said to be costing the taxpayer over £1.5 billion per year, with £4.7 million spent on hotels per day between those who have arrived illegally and through resettlement programmes. Home Office officials are clear that deterring illegal entry (and there has to be a question over what is meant by illegal entry as refugees are not illegal) would create significant savings, though they cannot quantify how much this would be. The fact that many refugees have qualifications and skills that could contribute to the UK economy and fill many of the gaps experienced in numerous areas since Brexit doesn’t seem to be set against these costs. And why do we have people residing in hotels for extended periods? Faster processing and settling refugees so they can contribute would surely solve part of the perceived problem.

To get the Rwanda policy through the Home Secretary had to issue a “ministerial direction”. That means the most senior figure in the Home Office- the permanent secretary – objected to the policy. But Pretti Patel forced it through, in effect acting against all advice. Not surprisingly, Patel called it “a world-leading new partnership”. Parliament doesn’t appear to have a say on this.

The UNHCR says the UK’s Rwanda plan breaks international law. But for a government that challenges the Good Friday Agreement and the Northern Ireland protocol and repeatedly insists it is going to ditch a protocol it agreed, breaking international law by deporting asylum seekers may not be a great obstacle.

According to an article in the Guardian:

“Of about 4,000 people estimated to have been deported by Israel to Rwanda and Uganda under a “voluntary departure” scheme between 2014 and 2017, almost all are thought to have left the country almost immediately, with many attempting to return to Europe via people-smuggling routes.”

“In addition, at least one deportee still in Rwanda, tracked down by Israel’s Haaretz newspaper in 2018, described being destitute and living on the streets of Rwanda’s capital, Kigali.”

This does not sound like the prosperous, economically vibrant country, welcoming of refugees, that our UK government is anxious to portray. The Israeli scheme was beset by numerous problems with UNHCR, concerned that those sent to Rwanda or Uganda had not found ‘adequate safety or a durable solution to their plight.’

Rwanda, a country of few natural resources, has a population of over 12.6 million,living on 26,338 km2 (10,169 sq miles) of land, which makes it the most densely populated mainland African country; among countries larger than 10,000 km2, it is the fifth most densely populated country in the world. Rwanda’s economy suffered considertably in the wake of the 1994 genocide, but has since strengthened. The economy is based mostly on subsistence agriculture with farming techniques basic, and plots of land small and on steep slopes. Since the mid-1980s, according to Wikipedia, farm sizes and food production have been decreasing, due in part to the resettlement of displaced people. So when UK government ministers talk of Rwanda’s fast growing economy remember it’s growing from an extremely low post 1994 base with per-capita GDP estimated at $825 in 2019, compared with $127 in 1994.

Nauru is a tiny island country in Micronesia, northeast of Australia. It features a coral reef and white-sand beaches fringed with palms. The island has a population of just under 11,00 people. The Nauru asylum seeker facility was opened in 2001, then suspended in 2008 and was reopened in August 2012 after a large increase in the number of maritime arrivals by asylum seekers. The highest population at the centre was 1,233 detainees in August 2014. A number of detainees have since been returned to their countries of origin, including Iraq and Iran with 430 resettled in the United States. Although New Zealand had repeatedly offered to take 150 per year, the Australian Government has refused. Twenty three children remained on the island until the government bowed to public pressure and started removing families with children, after reports of suicidal behaviour.

Around 107 asylum seekers remained on Nauru as of July 2021. In September 2021 the Australian Government signed a new deal with Nauru to keep an ongoing form of asylum seeker processing centre on the island. Riots, hunger strikes, self-harm, attempted suicides, people setting themselves on fire, and overwhelming despair were all reported. A staff member described the detention centre as “like a concentration camp”.

On Labour MP David Lammy’s programme on LBC, Dr Nick Martin, a former medical officer on Nauru island where the Australian government sent asylum seekers, says the UK is not stopping the people-smuggling trade with its Rwanda refugee deal. He speaks about the dire state of the people held on Nauru, often for up to nine years when 89% of the people sent there were genuine refugees, and condemns the UK government implementing a scheme that has brought Australia international condemnation.