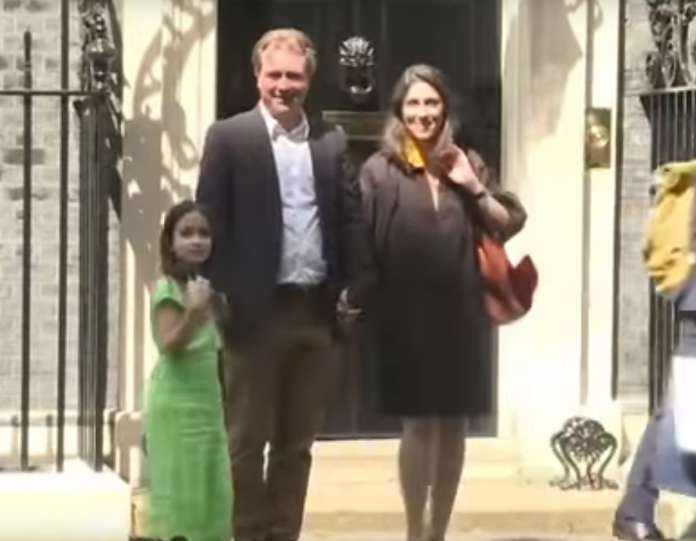 There are many examples we could mention, indeed previously have; Partygate, extreme Brexit nonsense, PPE contracts, Test and Trace, DUP inspired announcements on the NI protocol and much more. This week’s underlining of Johnson’s unsuitability for office was given sharp focus by the words spoken by Nazanin Zaghari-Ratcliffe to Johnson at their meeting as reported by her MP Tulip Siddiq:

“Nazanin was sitting next to the prime minister and told him very clearly and categorically that his words had a big impact on her and that she lived in the shadow of his words for the best part of four and a half years, and I have to say the prime minister looked quite shocked I think when she said that.”

Back in 2017 Nazanin travelled to Iran to see her parents with her daughter Gabriella. Johnson, then briefly Foreign secretary, plucking information from thin air, told the foreign affairs committee she has been in Iran to train journalists. Johnson has never been careful about what he said and still has not understood the impact on a UK citizen of his careless words and the resulting hell Nazanin endured for the next 4 and a half years she spent in an Iranian jail.

Johnson does not do empathy with others.

There are no end of examples of Johnson’s careless use of words from his period as a so-called ‘journalist’. Carelessness he has carried into government. For long he has preferred the ad-lib regardless of accuracy or national interest over being tied to considered government department briefings. He recently announced Poland was training Ukrainian fighters in Poland, preparing them to return to the Ukrainian front line trained in the use of NATO supplied weapons. The Poles were furious.

NATO is treading a careful line. Whether the Russians knew or suspected is not the point. A G7 PM opening his mouth inadvisedly feeds a Russian narrative. In the press briefing after Nazanin Zaghari-Ratcliffe’s meeting with Johnson, her friend Tulip Saddiq MP added: “I was really proud she said that to him because she wanted to make it clear she is happy now, is grateful and appreciates the fact that she is home now, but there was a time when those words had a big impact”

Johnson’s trip to Sweden and Finland gave him a much needed fillip as a pretend statesman but it was not all it appeared to those following skimpy media reports. As Sweden and Finland make final preparations to join NATO there is a gap of around 6 months before they become actual members and have the full protection of NATO under Article 5.

The US, Canada and the EU had already made this commitment to support Sweden and Finland during this period with the type of support currently being given to non-NATO member Ukraine if they faced Russian aggression. The UK was the odd one out because it is no longer covered by EU commitments as the UK has sailed into the Brexit mist.

Both Scandinavian countries were happy to give Johnson space on stage because they need assurances they will not be on their own during the transition period to NATO membership and the UK was the remaining country still to commit.

Johnson gained a bit of credit as a result. ‘Maybe he isn’t so bad after all’ some tweeted without being aware of the context of the agreement. We are not going to bomb Moscow if Putin’s tanks roll up to the Finnish border or his mini subs poke too close to Sweden. They are used to dealing with these incursions as well as Russian jets invading the edges of their airspace. Being neutral is expensive and requires significant armed forces. Their calculation in a period of increased east/west instability is they need the secure framework of being full NATO members rather than continuing as Partners for Peace.

Putin is the one who has redrawn the geopolitical relationship with Europe. His invasion of Ukraine has gone beyond his tinkering with democracy in some former Warsaw pact countries – Orban’s Hungary in particular. What is on offer until both Nordic countries are covered by Article 5 is intelligence, arms and the type of help Ukraine is receiving. Both countries have conscription to maintain adequate forces. They also have modern aircraft. Saab, a Swedish company, supplies most of the planes for the Swedish Air Force.

Johnson’s gaffes will continue unabated. They appear to be part of his DNA along with his carefully nurtured ‘funny chappie’ trademark. Putin, not any kind of ‘funny chappie’, may also be under some pressure given failure to deliver as some sources are beginning to suggest. Still odds look like it will be Johnson to go first but you can never predict how things will play out with the Tory party and a sizeable part of the electorate in England still support the funny chappy with the untamed hair, mouth and expressions.