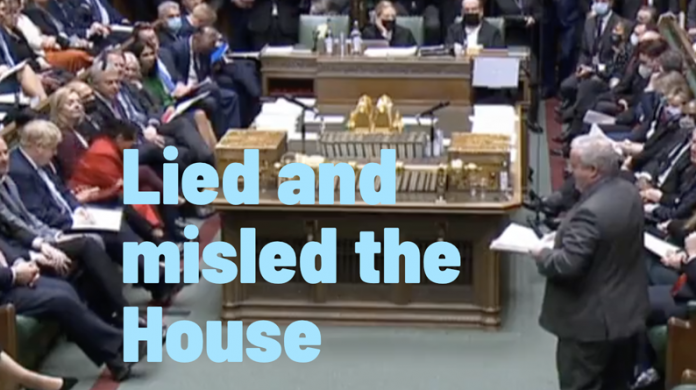 Some think that will be the last that is heard of the report as the Met will bury it. But according to reports on Twitter this afternoon Commander Catherine Roper told reporters that the police have been given 500 pieces of paper with 300 photographs containing evidence of Partygate. So looks as if there is more to come.

Boris Johnson, of course, came out fighting in his statement to Parliament this afternoon. The session was rowdy. When SNP Westminster leader got to his feet he pulled no punches.

The speaker did not approve of Ian Blackford calling the Prime Minister a liar or saying that he had misled Parliament. In Westminster telling the truth about a lie is apparently a greater crime than the lie itself.

Ian Blackford’s speech is well worth watching. The Westminster Parliament which likes to refer to itself as the Mother of Parliaments is no more than an anachronism, a vastly outdated, undemocratic structure that needs root and branch reform, but that is unlikely to happen under either Tory or Labour governments. Meanwhile Boris Johnson and his acolytes believe we need to move on from such irrelevances as our Prime Minister breaking the law. One person on Twitter queried where we were moving to. Complete lawlessness? Anarchy?

SNP hopeful of gains across country as parties await results of...