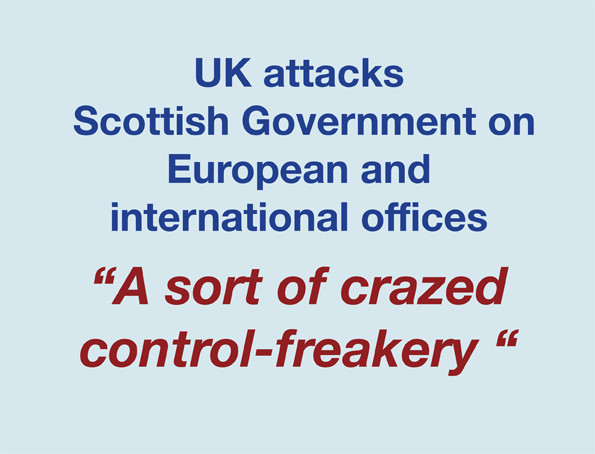 Dr Kirsty Hughes of the Scottish Centre on European Relations posted a significant Twitter thread explaining Scotland’s relationship with other countries in the wake of the UK government’s attack on Scotland’s international connections, especially our office in Brussels.

Dr Hughes kindly agreed to Newsnet publishing the Twitter thread of her response to the UK government so that it is available in permanent form and to those outside the confines of social media. Twitter abbreviations are retained in the text below.

Bavaria has a Brussels office, so does Quebec, Catalonia etc. This is more about rampant Tory unionism, & fear of Scottish govt para diplomacy, including not least its successful Brussels, Berlin, Dublin & Paris offices & manifesto commitment to open a Nordic/Baltic hub 2/8

Scottish govt is committed to aligning with EU laws in environment where possible – UK govt is not. So, apart from internal market act making that more difficult, of course Scottish govt will have different policies to discuss w EU contacts. 5/8

Real issue here is that while EU govts & officials are neutral on independence, they are sympathetic to Scotland voting remain but getting Brexit. And they appreciate dealing with a more pro-European, rational government than Johnson’s. Scotland is popular in EU, UK is not. 6/8