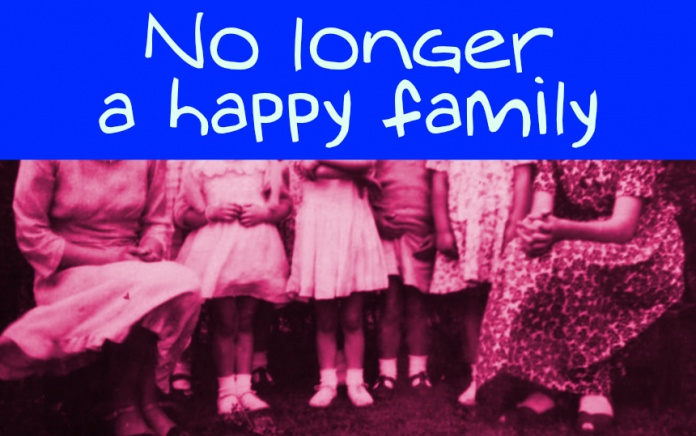 Molly Pollock looks at the furore surrounding Liz Truss’ attack on Nicola Sturgeon, one of the world’s most respected women. She finds ‘British values’ are not what they were supposed to be.

How those of us in the independence movement persuade those still swithering or voting No has always been high on our agenda. How to fashion compelling arguments and persuasive stories to change minds. To succeed in the October 2023 referendum (or indeed the next general election, depending on the outcome of the case before the Supreme Court) we still need to convince some of our fellow voters.

The Lord Advocate has submitted her case for the Scottish Parliament to hold a referendum on independence. The SNP has now submitted an intervention request to allow the Party to have a written and possibly in person say, adding to the Lord Advocate’s material with background information. The SNP request, which is well worth reading, is available to download here.

MPs, MSPs, organisations like Believe in Scotland and individuals have all indicated what to them are the important issues, the issues they think will best change minds from No or Maybe to Yes.

Some people, despite our best efforts, will never be moved. Others can be if we can find the right levers. Explaining why they voted No and why they feel so attached to the Union seems almost impossible for some. It’s as if they feel they belong to one big, happy UK family and they can’t envisage no longer being part of that. Family and friends living in England help bind them to the Union, as do holidays spent there and cultural and sporting activities. Some might have worked there, or stayed there for a period before returning to Scotland. Whatever the reasons, that tie is hard to loosen.

As far as many voters are concerned, we share too much with people elsewhere in the UK for us to separate. That word ‘separate’ has been weaponised. We will not be separating. No country in the world today, apart from North Korea and perhaps now England, wants to live in glorious isolation. We want to reset the constitutional arrangements between our countries, so as independent nations we can walk our own paths whilst co-operating and working with one another and other countries on issues of multi-national importance.

The entire leadership contest between Foreign Secretary Liz Truss and former Chancellor Rishi Sunak has been an unedifying pantomime, with both candidates vying to show that after 12 years of their party being in power Britain is basically on its knees, isolated, and apparently can only be saved by continuing to do the same things only in a much more autocratic and ruthless manner.

However, it was not only Truss’s remark about our First Minister that horrified so many, it was also the response by the audience which clapped and whooped in glee. Plus a shout from an audience member to build a wall. Trumpism writ large, though in this case many in England will think the wall refers to Hadrian’s wall, believing it is the border instead of some miles inside England.

Since her utterances Truss’ rating with the Tory membership has increased to 60% which surely shoots a warning to people in Scotland.

The response on Twitter was astonishing. Not only did independence supporters rise in support of their First Minister, but so did other non-independence people in Scotland. Voices from England were numerous in condemning the remarks, and from Ireland and elsewhere. The comments from a woman likely to become the next UK PM were seen as childish, petulant, certainly not those of a stateswoman. And whether Truss and Rees-Mogg like Nicola Sturgeon or not, our FM has not just a national but an international standing, and for a number of years was selected by Forbes magazine as one of the world’s most powerful women.

More recently Nicola Sturgeon was chosen to present the prestigious Constance Council Prize awarded for European Encounters and Exchanges. She was selected as the prize’s patron because of her work as a convinced European and champion of European values. “The choice of Sturgeon reflects the continued and growing recognition Scotland and she enjoy in the rest of the EU/Europe as profoundly European protagonists dedicated to the values of the rule of law, democracy, peace and prosperity.“

The idea that any sensible PM of stature would ignore the numerous times the elected FM of Scotland sent shock waves through many voters. Twitter carried comments from undecided and Tory No voters saying they had changed their minds and would now support independence. Why did Truss’s comments to a small gathering of the Tory faithful have this effect when carefully crafted arguments have failed to move them?

Surely it must come back to the one big, happy UK family they had felt an integral part of, often for their entire lives. Now here was the woman likely to become the next PM indicating disregard not only for our FM, but through her also for the electors, and people of Scotland. The message was clear, Our voices and our country do not matter. What Truss and her ultra right-wing backers want will win, irrespective of what others in the UK may want. But nor was it just Truss’s remarks. The response of the audience, that round of applause and gleeful cheers, made it abundantly clear that people in Scotland were no longer an integral part of a big, happy UK family, no longer one of the UK voices that mattered. Scotland and all who live here had been turfed out into the political arctic by Truss, the most likely next PM.

So, at a stroke, it became personal. Like an errant, unruly teenager, Scotland and its people were evicted from the adult Westminster house. Our ideas and input, the votes of each and every one of us are not wanted. The trouble for Truss is that Scottish Tories weren’t too enamoured of her remarks either. Former Tory MSP Mary Scanlon was not impressed. She had been considering voting for Truss. What a difference a few words make. Words that weren’t careless, but carefully thought through to elicit the response they got from her Exeter audience.

Truss’s idiotic remarks about our FM, and her insistence that Tory policies will be rolled out across the UK, with Holyrood force-fed or steamrollered into obscurity, brought to mind this, something Truss, Sunak, Starmer et al should all take note of. The annual Scottish Household Survey 2019 – which interviewed more than 10,000 adults – found that just 15% trusted Westminster to work in the best interests of Scotland – the lowest number since the survey was first carried out in 1999. People interviewed were nearly five times more likely to say the Scottish Government should have most influence over how the country is run than the UK Government. Respondents were also more likely to blame the UK Government policies for Scotland’s weakening economy than decisions made at Holyrood.

In hustings and interviews British values are repeatedly mentioned – values we are told we all share as proud Britons. But increasingly it is becoming obvious that these values are being heeled into the mud of modern day UK politics. Although most would agree these are values espoused by most democratic countries and there is little peculiarly British about them, they are widely said to be:
Democracy – the right to vote in elections, where our voices matter, makes us feel valued. Except if course for Scotland, where the right to vote in an independence referendum is being denied. We had our vote in 2014 is the cry, as if democracy stopped at one date, as if some greater power decreed referendums in the UK could only be held when determined by the appearance of a certain comet. Once in a lifetime perhaps, though that was a throw-away remark often used by politicians and people selling something and has no legal importance whatsoever.

Mutual respect – sadly this doesn’t include a requirement to respect a First Minister or to tell the truth.
Tolerance – except of course tolerance of people in Scotland, what they vote for, and their long voiced wishes.
The rule of law – the restriction of the arbitrary exercise of power by subordinating it to established laws (ah, Boris Johnson and his Tory henchmen are you aware of this?)
Individual liberty – freedom of speech and freedom of choice (but perhaps only for some – others appear to get jailed) Whatsmore, according to LBC : “Rishi Sunak wants to change the definition of extremism to allow people with an ‘extreme hatred of Britain’ to be referred for deradicalisation.” Will people in Scotland and Wales who believe in independence for their countries come into this ‘extremist’ category?

Many will believe that during the past three years Johnson and his government have attacked and diminished most if not all of these ‘British values’ through Brexit, prorogation of parliament, constant lying, misinformation, messing with the Northern Ireland protocol, the refusal to listen to the Scottish Government, ignoring our 62% vote to remain in the EU, and numerous other instances when Scotland’s wishes and voice have been ignored, or ridiculed. Tory intransigence and Labour rabbit-in-the-headlight shilly-shallying has caused enormous harm to Scotland’s economy, hitting our food and drinks exports and fishing and farming, and causing severe headaches and economic problems in most other industries and small businesses through long delays in getting parts and in tying up exporters in tangles of bureaucratic red tape.

Liz Truss is now continuing the work. It’s difficult to see her attack on Nicola Sturgeon as anything other than being an attack on democracy, mutual respect, tolerance, the rule of law and individual liberty. Her insistence, along with similar utterances from Rishi Sunak, Keir Starmer and various members of the Labour Party that they will not tolerate an independence vote are surely nothing less than a flouting of the rule of law and most of the other so called, and vastly hyped, British values.

A country that wants to impress the world with its values must in turn live up to and uphold those values in all it does.

It seems fit to round off this piece by reminding a leadership candidate modelling herself on Margaret Thatcher of two of her idol’s quotes which she should take heed of.

“Being powerful is like being a lady. If you have to tell people you are, you aren’t.”

“I always cheer up immensely if an attack is particularly wounding because I think, well, if they attack one personally, it means they have not a single political argument left.”

And finally one for Keir Starmer.

“Standing in the middle of the road is very dangerous; you get knocked down by the traffic from both sides.”

Please support Newsnet if you are able to with a donation. Donations help keep us online and publish writers (unpaid) articles like this. The costs to keep Newsnet online are now due and we are £300 short at the moment. Every little helps.