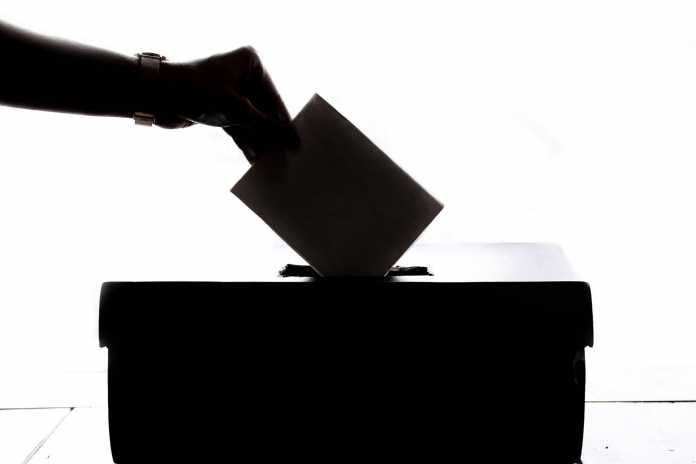 We are going to take a look at democracy – British style – to see how it shapes up with other European countries. This is part 1 by Equality Nation

In the recent SCOT goes POP Panelbase Poll the following question was asked about democracy.

The UK government has said that it will not allow the Scottish Parliament to call an independence referendum even if the SNP win an outright majority of seats in next year’s Scottish Parliament election. In light of that decision, which of these two statements is closest to your own view of democracy in the UK?

The UK is no longer a fully democratic country: 49%

The UK is still a fully democratic country: 39%

With Don’t Knows removed, approximately 56% of respondents say that the UK is no longer fully democratic, and only 44% disagree.

So 56% believe the UK is no longer a fully democratic country. Perhaps hardly surprising given the Tory government’s refusal of a Section 30 order to allow Scotland to determine its own future. Then there’s the way Scottish MPs have been ignored, sidelined and derided in the House of Commons chamber with catcalls and insults flung unhindered at them on a regular basis. Holyrood ministers have been refused consultations, even over Brexit which will have a seriously detrimental affect on Scotland. Scotland has been treated as an old plaything to be clutched, bashed around, or thrown away as the mood at Westminster determines. And Westminster has grabbed back powers, agreed in the 1998 Scotland Act. Democracy, eh!

Then there’s the House of Lords – said to be the second largest unelected institution in the world with 794 members plus more titles being doled out by Boris Johnson to further increase numbers. One of these is said to be a gong for Ruth Davidson, former leader of the Scottish Conservatives, who is now usually seen skulking at the back of the Holyrood chamber, a look of utter boredom glazing her face, playing incessantly with her phone. Considered by London-based Tories to be popular in Scotland, the fear is that Davidson, once planted in the Lords, will be given the post of Secretary of State for Scotland, to lord it over our First Minister and Holyrood, helping impose the diktats of Johnson’s ultra right wing Tories. Democracy, eh!

So what is this democracy that 56% of poll respondent believe we no longer have?

The Council of Europe is an international organisation whose stated aim is to uphold human rights, democracy and the rule of law in Europe. The Council was founded in 1949, and has 47 member states. with the UK a founder member.

The word democracy, advises the Council of Europe’s website, comes from the Greek words “demos”, meaning people, and “kratos” meaning power. So democracy is the “power of the people”, a way of governing that depends on the will of the people. Democracy isn’t autocracy or dictatorship; and it’s not oligarchy, where a small segment of society rules, though in the UK many might now question that.

Indeed, democracy shouldn’t even be “rule of the majority”, if that means that minorities’ interests are ignored completely. A democracy, at least in theory, is government on behalf of all the people, according to their “will”. Hence Johnson’s often repeated mantra of the will of the people, despite Scotland’s interests being completely ignored.

Democracy, according to the Council of Europe, derives its moral strength, and popular appeal, from two key principles The first is individual autonomy – the idea no-one should be subject to rules which have been imposed by others. (So where’s Scotland’s Section 30 order so that it has the right to choose its own future?) The second is equality – the idea everyone should have the same opportunity to influence the decisions that affect people in society. (So Scottish requests and ideas should be listened to and considered with respect.)

People participate in government by voting, or standing to become a representative of the people. Democracy, however, is about far more than just voting, and there are numerous other ways of engaging with politics and government. The effective functioning of democracy, in fact, depends on ordinary people using these other means as much as possible. If people only vote once every 4 or 5 years – or do not vote at all – and if they do nothing else in the interim, then government really cannot be said to be “by the people”. It is hard to say that such a system is a democracy.

This is interesting given the insistence of the Tories that the 2014 independence referendum should be respected and that there is no reason to grant another, despite a majority in the Scottish Parliament and in polls being in favour of a second independence referendum.. Some politicians go so far as to say referendums should be banned. Yet according to the Council of Europe people have a right to use “these other means as much as possible”. So for Scotland, Tory government is not “by the people” and our system is definitely not a democracy. But then according to the SCOT goes POP poll many already know that.

The values of equality and autonomy, according to the Council of Europe, are also human rights values, and the right to take part in government is itself a human right (one being denied Scotland). Examples of basic rights include: freedom of thought, conscience and religion; freedom of expression; and freedom of peaceful assembly and association.

The Westminster Government is ready to ditch much human rights law. Under the EU Withdrawal Act the UK, after Brexit, will no longer be subject to the European Union’s Charter of Fundamental Rights which provides the right to fair working conditions; protections against certain unjustified dismissal and discrimination issues; minimum paid holiday; regulations on working hours; and regulations on equal pay.

“Majority rule, if not backed up by a guarantee of human rights for all, can lead to decisions which are harmful to minorities, and the fact that these decisions are the “will of the people” can provide no justification.

The basic interests of minorities as well as majorities need to be safeguarded in any democratic system by adherence to human rights principles, reinforced by an effective legal mechanism, whatever the will of the majority may be.“

Scotland in the 2016 EU referendum voted 62% to remain in the EU. Not relevant, say unionists, it was a UK vote and Leave won. Well, it appears that, according to the Council of Europe, Scots, as a minority in the UK, have a right for their votes to be taken into account, and Scotland has a right for its collective voice to be heard.

Westminster, are you listening?

Social and equality impacts of Brexit

Banks and democracy: profit and loss