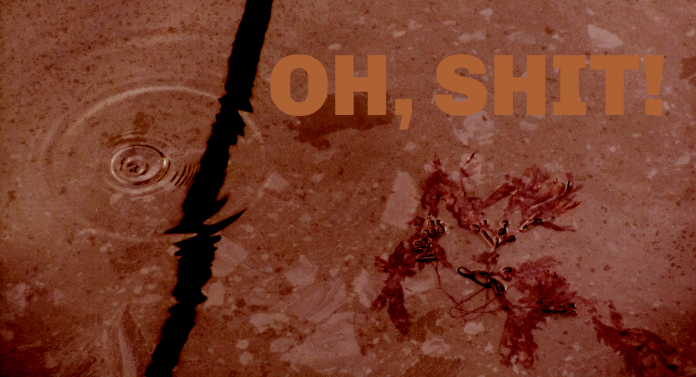 Molly Pollock investigates the scale of the threats to England’s beaches and drinking water.

Last week, the UK parliament voted against an amendment (by the House of Lords) to their environment bill that would have prevented, by placing a legal duty on water companies in England and Wales, pumping sewage into rivers. The amendment would also have forced water companies and the Government to ‘take all reasonable steps’ to avoid using the combined sewer overflows and thus polluting rivers and seas.

The vote, on which Environment Minister, George Eustice instructed Tory MPs to vote against the amendment (according to rumour some were threatened with losing money for their constituencies if they didn’t obey), was won by the government with 22 brave Tory MPs rebelling and Labour, the Lib Dems, and other opposition parties* also voting against the government, has resulted in a huge backlash on social media and criticism from opposition MPs. People are expressing their furore at legislation that allows companies to continue dumping raw sewage into rivers and seas. Much appreciated Blue Flag beaches, a bonus of EU membership and its environmental policies, are under threat.

*SNP MPs, abstained as they do not vote on issues affecting only England.

Figures collected by the Rivers Trust indicate all England’s rivers are currently failing to pass cleanliness tests, with 53 per cent of them failing at least partly because of water companies releasing sewage into them. The Rivers Trust website has a map showing ‘where the sewerage network discharges treated effluent and overflows of untreated effluent and storm water into rivers in England & Wales.’ It includes advice that people should ‘Avoid entering the water immediately downstream of these discharges and avoid the overflows (brown circles), especially after it has been raining.’

According to the Guardian, in 2020 raw sewage was discharged into waters in England on 403,171 occasions over a total of more than 3.1 million hours. Sewage pollution is a key component of what MPs have heard is a chemical cocktail of pollutants going into rivers.

Sewage, according to Bloomberg, is an increasing issue due to climate change.

Whilst discharging of sewage due to extremely adverse weather conditions has gone on for decades (including in Scotland) Brexit has exacerbated a situation brought about, according to many loud voices, by decades of underinvestment in infrastructure by privatised water companies.

In England, unlike in Scotland, water companies were privatised decades ago. In March 1994 a postal referendum of residents was run by Strathclyde Regional Council, the biggest council referendum ever held in the UK, on whether control of water and sewerage services should be privatised. Seven out of ten voters returned papers, 1.2 million people, of whom 97% voted against privatisation. So in Scotland water has remained under public control.

According to Water UK the problem caused by Brexit is the disruption to supplies of ferric sulphate due to a shortage of HGV drivers to deliver the chemical. The issue, Water UK said, would not affect drinking water. Yet on Twitter people have reported that in a number of post code areas people are being told not to drink the water.

As for the position in Scotland, the BBC reported figures from Scottish Water indicating that last year there were a total of 12,725 “spill events” when to stop sewage backing up into homes, storm water and waste that would normally go to Scottish Water treatment centres was released into seas or rivers through the 3,697 Combined Sewer Overflows around the country. Although too many, this is a fraction of the 403,171 in England. And though much blame is being heaped on water companies because of lack of investment in infrastructure, Scottish Water has warned the problem will not be solved by building ever larger sewers. Other problems are down to the public.

People on Twitter raised the fact that, with Brexit, EU clean water initiatives. no longer needed to be complied with. Many remembered pre EU when as a child there were dirty beaches and seas and rivers unpleasant and unsafe to swim in due to effluent, and that now, with COP26 only over a week away, we again had the freedom [in England] to pollute.

The discharge of vast amounts of sewage into rivers, estuaries and seas could cause health problems (people are already mentioning the possibility of cholera) will have an adverse effect on wildlife, and on some of Scotland’s high value exports.

And if Brexit regulations haven’t made exporting increasingly difficult for exporters, many fishermen have been even worse hit. Under longstanding EU rules, catches of live bivalve molluscs (mussels, oysters, scallops, cockles and clams) from non-EU member states can only be imported without treatment if they come from water of the highest quality. Moreover vessels from non-EU states cannot land live bivalve molluscs in EU ports. Much of England’s shoreline will now presumably no longer be termed as having water of the highest quality, so who will want their shellfish?

And as a little postscript to sewage and possible drinking water problems, UK Environment Minister George Eustace has decreed that as from 7th January the UK will cease to recognise and allow imports of mineral water from EU and EEA countries.

So if your water is undrinkable and your usual tipple is a non UK mineral water then hard lines. You might want to get stocks in now.