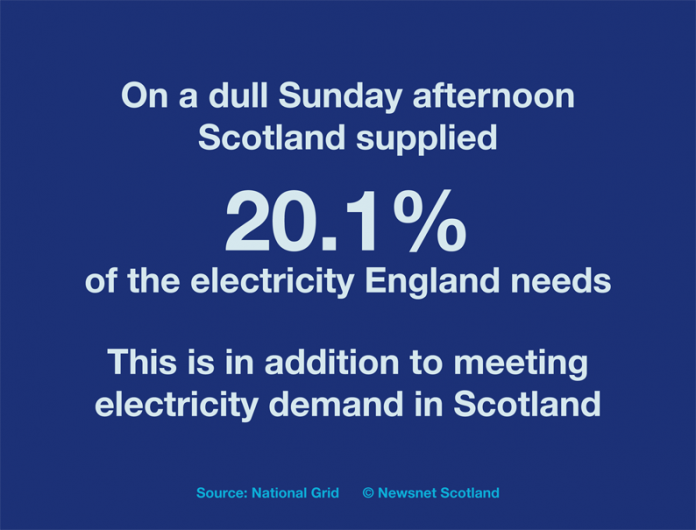 AT 6.30 pm on Saturday evening (25th September) the UK grid required 30330 MW of power. England did not have enough and imported 1032 MW from the Netherlands. Zero came from France, a major fire at the IFA substation in Kent means no power from the IFA interconnector will be available until March 2022. It has a capacity of 1000 MW. Ireland also sent 0 MW

Scotland took up the slack by sending 2250 MW south, that being in addition to the share of the 30330 MW that was needed to meet demand in Scotland.

6.30 pm on a Saturday, on a relatively mild September evening, was pretty much peak demand for the day but as the nights draw in further and get colder demand will increase in the coming months. England can only generate 82% of its annual power consumption and the biggest share of electricity generation in England is from their 30 plus gas-fired power plants. Natural gas is getting very scarce and has increased fourfold in price for the UK as global demand soars.

When demand soars prices soar. The UK is paying more than Europe for gas because the Johnson government did not want to be in the EU Internal Energy Market. Real bunch of dud sparks who put Brexit ideology before the interests of energy consumers.

Boris Johnson is a recent convert to wind. Well he produces a lot of it himself. Tories were the ones who opposed wind power and Tory farmers put up signs demanding no more wind turbines. Then they started to install their own wind turbines to power their farms when they found out government subsidies were available, at that time.

What would England do for power without Scotland?

Writing this up on Sunday afternoon I decided to look at the data for today around 16.30 (4.30 pm). UK grid demand is 26004, MW nothing from France, 63 MW is being sent to Ireland and 310 MW to N. Ireland. The Netherlands is supplying 512 MW, about half of what Saturday night’s supply was.

Scotland to England transfers are 132% higher at 5229 MW this afternoon, representing a 20.1% transfer to meet England’s needs. Yet there are those in England who insist they would not buy electricity from an independent Scotland e.g. Daily Express writers who live in a Brexit fantasy world.