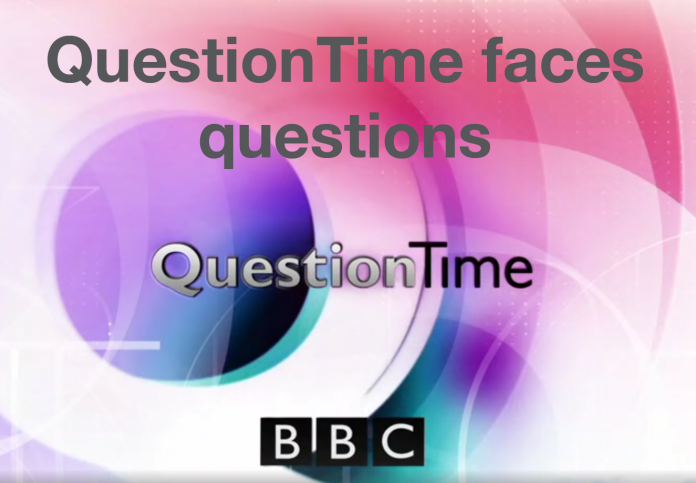 Question time from Motherwell raised many questions about the programme format and production. There was an overwhelming aura of proBrexit bias from the audience. Looking back at the programme from Derby and the treatment of Diane Abbott, the sense of intimidation from sections of the audience made those neutral or opposed to Brexit more muted in their comments and questions. They were undeniably reacting to very forceful opinions from the pro Brexit members who were well primed and had obtained a favourable position in the allocation of questions and audience comments at both Derby and Motherwell.

I referred to this in a previous piece, but at the time of writing was not surprised at the strength of feeling in Derby given this area voted heavily to leave. Derby did not strike me as strange in the same way Motherwell did despite the implication for jobs at Rolls Royce who employ 12,000 at their Derby plant. The area is also highly dependent on the car industry, Jaguar Land Rover, Toyota, Aston Martin and BMW all have plants in the region. English friends who have recently come to Scotland have spoken often about their relief at escaping the toxic and xenophobic atmosphere they found so prevalent in their area south of the Border. Derby was a really angry edition with many in the audience in denial at the implications for local industry.

Self assertion of belief and confirmation bias is a common phenomena amongst those who have taken a particular stance. It is something that can and does affect us all. Life experience and an educational background that develops information processing enables improved information filtering and rationality. There is nothing elitist about this and it is nothing to do with intelligence levels. Some very clever people are capable of immense stupidity, often for their own and usually hidden agendas when they employ an argument to reinforce the opinions of followers – Boris Johnson, John Redwood and Jacob Rees-Mogg spring to mind.

I am reminded of a conversation with the managing director of the educational publishing company I worked for in the 1970’s. He said the Scottish educational system was noted for developing thinking as a necessary life and learning skill. That might say something about the marked difference in the EU referendum result in Scotland where 62% voted to remain. It is also true that the debate was framed differently in Scotland, despite being subjected to the same vacuous simplicity paid for from dubious and unknown sources.

We still do not know the source of the Scottish £435,000 feeding the Leave agenda, filtered through the DUP, or the original source of the £8m Arron Banks handed over to Leave.eu. Illegal activities have been identified and some fines levied but the full story remains buried in the obscurity of money shuffling through as yet untraceable entities.

The BBC issued a statement on the fiasco surrounding the Motherwell programme. They claim their audience selection procedures are robust but that they accept without question the answers prospective audience members give them. They do not select people who have joined a previous audience. This does not stack up. The first point is riddled with a basic contradiction and the second shows they have no mechanism for checking a simple database that someone has been in a previous audience.

Someone appearing in a second programme might be a simple mistake, a third time looks like favouritism and a fourth a deliberate decision to sway the audience composition away from any sense of balance. On top of which there are reports that the individual in question was given preferred audience position before the rest of the audience was admitted. Then there is the report he was also present at a pilot trial at Napier University for a new discussion programme on BBC Scotland’s new channel. This pilot has been ditched according to reports.

BBC Scotland needs to confirm or deny these latter reports if we are to get at the truth behind the extraordinary opportunities granted to an audience member from the extreme wing of unionism. Something smells. It seems to Newsnet that BBC Scotland and programme maker Mentorn Media, who are also making the new Scottish discussion programme, need to come clean and admit there have been flaws and they are intent on resolving the issues clearly identified.

Anyone familiar with difficult cuts to recorded sections of a programme would not have failed to notice the clumsy cut to 7 seconds on Fiona Hyslop’s reply to the ‘Orange Jacket Man’. We are told this was because he continued to shout comments that could not be broadcast for legal reasons. Not good enough. It was the role of the presenter, Fiona Bruce to keep both panel and audience members in check. His microphone should have been cut off and if he failed to stop interrupting been removed to allow the Cabinet Secretary to reply to the question as the programme does not go out live. A programme of this nature requires some basic security to cope with these issues should they arise.

Fiona Bruce was appointed by the BBC although the programme is produced by a private company. All programmes that seek to balance and portray balanced opinion must be subject to an assessment post screening on what was good and what should have been better handled. That includes Fiona Bruce who is very well paid for a role she has not yet fully got to grips with.

For all her broadcasting experience, Fiona Bruce is new to a political programme of this nature and it shows between the elements of professionalism she does bring to the programme. She displayed naivety on the second question and first on Brexit at Aylesbury.

Fiona Bruce passed the question to Jacob Rees-Mogg then immediately sought to supplant the audience member’s question with one of her own she had handy. To Rees-Mogg’s credit he said he would answer the lady’s question. It was a clumsy intervention on Fiona Bruce’s part and entirely inappropriate.

A lady running a chemical business in Aylesbury said she wanted to employ people here and pay her taxes to support services but was concerned, that like many other businesses she would need to open a branch in an EU country to ensure her European trade could survive whatever form of Brexit was finally delivered, or plopped out of a confused Westminster government.

Rees-Mogg quoted the head of chemical company Ineous who complained EU directives and laws made the area one where it was not worth having a presence because of over regulation. Chemicals are regulated because all chemicals are potentially dangerous. Jim Ratcliffe of Ineous and No 1 on the Sunday Times Rich List, along with two fellow directors are upping sticks for Monaco to cut their tax bills and save them the inconvenience of supporting services in the UK.

Fiona Bruce did prompt Rees-Mogg to address the lady’s concerns instead of banging on about the EU being a failed economic model. He suggested she should be able to access European markets through REACH. REACH is a European Union regulation standing for Registration, Evaluation, Authorisation and Restriction of Chemicals. Just the stuff, Rich List Jim Ratcliffe, was complaining stifled business. He then muttered about WTO rules that might or might not apply, so the lady was no wiser about how she could continue to sell into the EU post Brexit and unlike Ineous continue to pay taxes to support services in the UK.

There is never enough time to fully deconstruct and challenge argument in a programme like Question Time. It is simply not set up that way. A closer look at some of Rees-Mogg’s assertions and implications, intended to influence by distraction and implied assumption, is worth closer consideration.

Rees-Mogg trotted out a few simple figures, he claimed: “the Eurozone economy had only grown by 26% since it was formed but Britain had grown by 44% and the US by 42%. in that period” Classic misdirection. He is using these figures to support his argument when in fact they don’t but he rushes on to “failed economic model’, failed …” Question 1: “If the British economy has grown in this period by 44%, 2% above growth in the US during a period the UK has been a paid up member state, where is the argument for leaving the EU Jacob?”

Rees-Mogg then went on to claim that by cutting tariffs this would be good for business. Question 2 “We currently have no tariffs on trade to EU countries and arrangements with over 60 other countries. The latest of which is Japan, who will have tariff free access for 99% of goods sent to the EU. UK Japan trade talks have stalled as they expect a better deal from the UK than the one concluded with the much larger EU. So where is the advantage you have just claimed for cutting tariffs Jacob, especially in a world where President Trump is slapping tariffs on anything he doesn’t like?

Rees-Mogg replies: “I have already explained that, its because of all the regulation the EU imposes. Failed economic model. Failed…”

The ever optimistic Jacob Rees -Mogg then went on to make the regular Brexiter claim that food, clothing and footwear would be cheaper. He never explains how. Question 3: “We already import these items which have become more expensive since the Brexit vote because sterling buys less due to its fall in value against other currencies. So how is that possible Jacob? Are you suggesting we should encourage a pay cut to women already on poverty incomes in dangerous sweat-shop clothing factories in Bangladesh?

Rees-Mogg replies: “I have already explained that, its because of all the regulation the EU imposes. Failed economic model. Failed…”

Question 4 We got that Jacob but this means there are common standards across the EU which makes trade fair and subject to quality standards. So the food you mention would be cheaper because it was produced to a lower non EU standard. Would there not be a substantial hit to farmers and growers in this country impacting on jobs and Scotland’s value added food exports to the EU?

But back to Motherwell. As QT moves around the country the audience at home should get a sense of what people are thinking in different parts of England and the different nations of the present UK. Motherwell didn’t do that because the audience composition was clearly weighted towards views in England, not the the angry minority at the extremes in Scottish society, as represented by shouty ‘orange jacket man’.