Scotland, read the headline, is the only country to show improvements across any measures of personal well-being. Well, after being battered by unionists on all sides about how dire Scotland is, how awful our education, how terrible our health service, how in fact Scotland is a failure under the SNP (not Scottish but pointedly SNP) government leading us swiftly along the road to ruin, I had to delve into the article.

The story comes from an Office for National Statistics survey Personal well-being in the UK: January to December 2017.

According to the survey, the data for which is taken from a household survey to help understand the well-being of those living in private residential households between the years ending December 2016 and 2017, average ratings of happiness and feeling that the things done in life are worthwhile have slightly increased in the UK. However average ratings of life satisfaction and anxiety have seen no overall change.

Scotland has shown improvements in average ratings of life satisfaction, worthwhile and 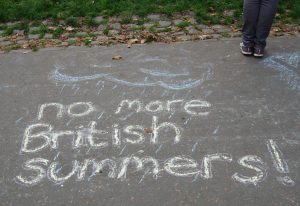 happiness but there have been no overall changes in England, Wales or Northern Ireland. Scrolling further down the page I discovered that improvements in the UK during this period in worthwhile and happiness ratings were driven by Scotland, though there were no significant changes for anxiety ratings. No overall changes were reported for any measure of personal well-being in England, Wales or Northern Ireland

Of course the question that immediately bloomed in my mind was why might satisfaction with life, a feeling of life being worthwhile, and happiness be higher in Scotland than in England and Wales. Indeed Wales comes out of the survey rather badly with a larger proportion of people in Wales reporting low levels of life satisfaction, worthwhile and happiness compared with the UK average. The three most influential factors on our well-being are employment status, self-reported health and relationship status. Research has consistently shown that unemployment, poor health and being divorced or separated are all linked to poorer well-being. 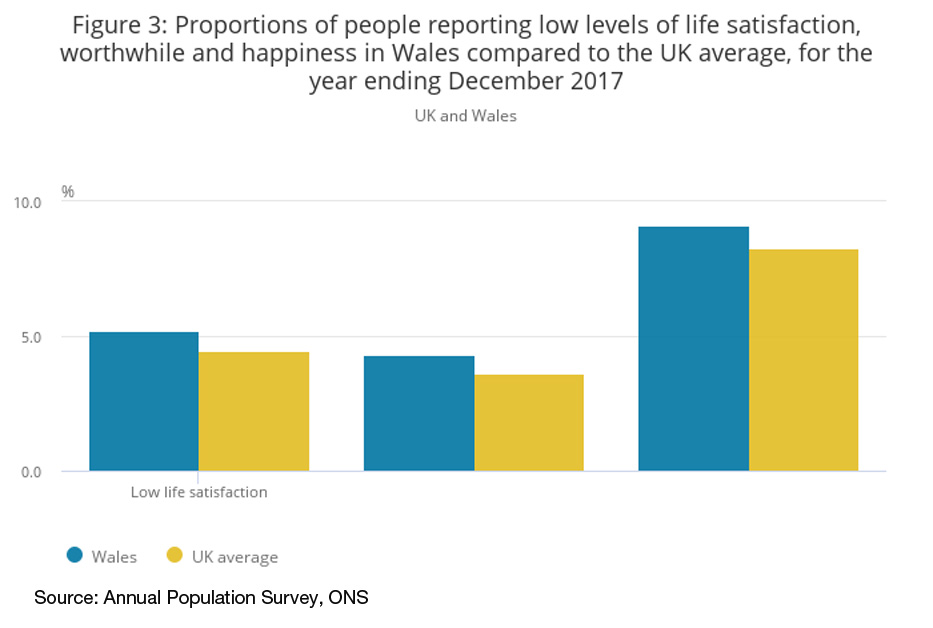 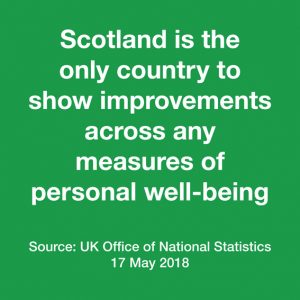 Scotland? Why indeed did England fare worse too? Maybe, just maybe our Scottish SNP Government has created a slightly more equal nation where people feel valued, and some of the anxiety caused by big issues in our lives is smoothed out for us. After all, we have retained an NHS free at the point of use and for which satisfaction ratings are high compared to the service in the rest of the UK where hospitals were unable to cope during last winter months, and with the English NHS rapidly being privatised. We have free prescriptions which save people having to make the choice between medication that will return them to health sooner or make their medical problem more bearable, and being able to put food on the family table. That is a choice faced by many in rUK.

Then we have the baby box and increasing hours of free childcare that provides all children with the best possible start in life, and mothers with an opportunity to get back into the workplace so easing family finances and giving women an opportunity for career satisfaction.

When it comes to university, families don’t have the same anxiety about how to cope as, unlike in rUK, tertiary education is free, again enabling all with the requisite qualifications to make the most of their talents and abilities irrespective of family finances. 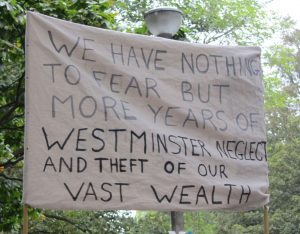 As at March 2017 the Scottish SNP Government had committed £47 million to fully mitigate the bedroom tax for more than 70,000 households, with a further £10.9 million to help mitigate other UK Government policies such as the Benefit Cap and Local Housing Allowance rates. This must surely have a significant effect on the wellbeing of the most vulnerable in society, providing a lifeline for those already struggling to make ends meet.

Our Government has tried to protect our environment in many ways, in particular by the monatorium on fracking, though this is being challenged in court by Ineos, a multinational chemicals company headquartered in London, and by the UK government including fracking in its power grab package. It seems the UK government intends to allow trial drilling without planning permission, environmental assessments or paying any heed to local wishes. That could well be in store for us if the Tories get their way.

Yet despite that, we are told there are no significant changes in Scottish anxiety ratings. However, have a look at this chart. Does the same thought jump into your mind that flew into mine? 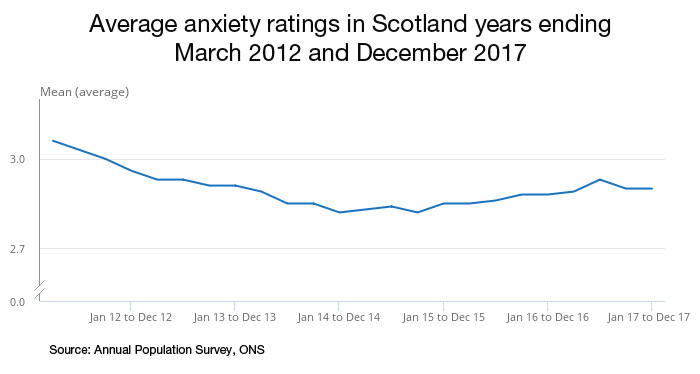 Despite all the unionist hype about how dreadful the independence referendum in 2014 was – how it carved a wide and deep chasm through families and caused both people and businesses much angst and anxiety, with family members and friends in England becoming foreigners and the prospect of an indy Scotland becoming like Greece without sunshine – during the entire period of the indyref campaign anxiety ratings for Scotland actually fell, reaching their lowest point around the time of the vote when we were portrayed by the unionists as a country in trauma. A slight rise after the vote could be expected as the Yes side wiped its tears and wrung its hands.

Since then anxiety levels have risen, probably because of the EU referendum, the frustration of 62% of Scots voting to remain in the EU whilst the UK Tory Government insists it is going to ignore us and drag us out with the rest of the UK, and the shenanigans of that government as it flounders blindfold into chaos. But, despite that, the levels are still nowhere near those prior to January 2012. Interesting. Somehow I don’t think it’s just bias that makes me wonder if the dramatic fall is due to the policies pursued by a competent Scottish SNP Government.

What I take from this is that our Scottish SNP Government, as well as being progressive and innovative, has provided us with stability, has done its best given the budget it receives from Westminster to provide all Scots with as good a quality of life as possible with opportunities for all to reach out for a life that is satisfying, with the ability to contribute to the overall wealth of the Scottish economy.

That surely has to stand us in good stead for the next independence referendum that is surely coming in the near future.

The Office for National Statistics survey bulletin can be found  here

Euro-referendum ponderings from the Gazebo of Hate