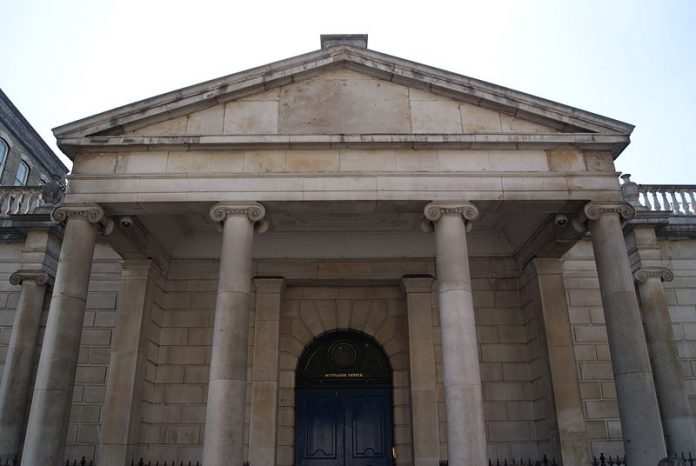 The Westminster-run Scotland Office has had its propaganda department staff budget increased by more than four times since David Cameron’s arrival in Downing Street.

The tiny department, headed now by Scotland’s only Conservative MP David Mundell from its Whitehall base at Dover House, has had its budget protected by the Treasury in recent years, despite major cuts in most other areas of government.

The Treasury led a key role in co-ordinating Civil Service actions to promote the UK Government and Better Together positions during the 2014 Scottish independence referendum campaign.

A year ago, Newsnet.scot first revealed the extent of the Treasury’s involvement. Top civil servants set aside their supposed impartiality to intervene in a bitterly contested referendum, an action sanctioned and led by Treasury head Sir Nicholas McPherson.

The Scotland Office – once mooted for closure post devolution but now a key outpost of Unionism in Scotland – played a key part on the ground for the UK civil service campaign.

Now Freedom of Information inquiries lodged by the SNP reveal that the Scotland Office communications staff budget has risen by nearly four and a half times since the Tory-led coalition took power in May 2010.

During 2010-11 the department employed two communications’ staff at a cost of £108,439, a figure that is to rise to nine staff and a budget of £474,000 according to the SNP. The Scotland Office, the second smallest UK ministerial department in the UK, has an overall budget of £9m/

James Dornan, SNP MSP, claimed the increased staff cost amounted to nearly £6,500 per news release since April this year. “It is clear that the Scotland Office’s only role is as a marketing campaign for the Union,” he added.

Mundell runs the Scotland Office as the only member of the UK governing party. The Secretary of State held on to the Dumfriesshire, Clydesdale & Tweeddale constituency with a reduced majority of 798 last May. His predecessor Alistair Carmichael MP declared previously that the UK Government should take a more aggressive role in promoting its activities and spending in Scotland, in the wake of the 2014 referendum result.

The department’s Facebook page was re-branded recently as “The UK Government for Scotland”.