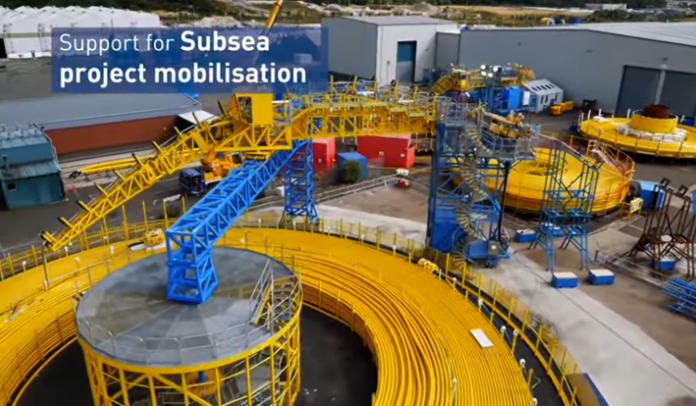 Scotland’s offshore energy industries are a major part of the Scottish economy. As we pivot away from oil and gas to renewables this is a staged process as oil and especially gas remain important as world wide demand for gas exceeds supply and coal is being used increasingly despite the decision of COP26 to phase coal down. England which had reduced coal fired generation to 2% has now tripled that is recent weeks.

Scotland has much lower dependency on gas than England and has had no generation from coal since 2016. 65% of Scottish households use gas for heating compared to 85% for England and our 12% gas generation capacity has not been much used these winter months due the high cost of gas and our more cost effective and growing renewable generation.

The UK Continental Shelf (UKCS) no longer produces enough natural gas to meet UK demand and like much of Europe is now having to import natural gas, mostly Liquid Natural Gas (LNG) to meet demand. Already only 50% of UK natural gas demand is met from the North Sea and that is expected to decline to 30% by 2030.

As part of our Power Scotland analysis we looked at the data of gas reserves in Europe in 2000 and the latest figures for 2020. The UKCS is the the small player now in European natural gas production and down to just 1% of gas reserves in Europe. Norway’s share has increased from 3% to 4%, but the dominant producer in Europe then and now is Russia. That is not a good place for the rest of Europe these days with Putin now at war with Ukraine and making belligerent noises and threats to the democratic world.

Europe will be increasing dependent on LNG shipments from the US and Quatar. Iran has significant natural gas reserves and if a deal over Iran’s nuclear programme can be reached this would neutralise Russia’s current hold over European energy as Iranian supplies could soon replace dependency on a paranoid and aggressive Putin. There was deal but Trump pulled the plug on it in 2018.

Scotland produces 96% of the oil and 63% of the gas from Scottish waters in the UKCS. Apart from one recent gas well the Southern North Sea’s glory days of plentiful natural gas are over. We expect Scotland’s share of natural gas from Scottish Waters to increase to around 75% of UKCS output in the next couple of years. Too wee …

At the same time we can expect to see offshore wind ramp up in the wake of the recent bidding round by Crown Estate Scotland on behalf of the Scottish government. Scottish Renewables predicts onshore and offshore wind will increase by 230% by 2030, Claire Mack, chief executive of Scottish Renewables, said: “Renewable energy projects across Scotland deliver many benefits to our urban, rural and island communities, providing low-carbon heat, transport and electricity as well as creating employment opportunities for the people who live there.”

For as long as many rely on gas for heating and petrol or diesel to fuel their cars there is a demand Scotland can supply until we are all driving electric cars or riding in hydrogen buses and trains. The average life of a car is 8 years although many are on the road for much longer. Electric cars are as yet unaffordable for most families.

Scotland has a future in the old energies for a while yet but we are increasingly at the forefront of renewables. The transition takes value and skills from older North Sea industries to contribute to building our new energy industries. With over 50 years experience in offshore oil and gas Scotland is well placed to make this important transition.

As fields are decommissioned, providing ongoing employment, they are also an asset for carbon capture utilisation and storage (CCUS). The Acorn project at St Fergus gas terminal in Aberdeenshire is expected to store over 6 million tonnes of carbon dioxide a year by 2030 and repurpose key existing pipelines for CO2. Acorn could be operational by 2024. This is an excellent example of how our older energies provide infrastructure to deliver net zero opportunities.

This video, used to promote Scotland as a major energy economy by Scottish Development International, stresses the importance of Scotland’s Energy Ports to our growing energy industry. Although 6 years old it provides an overview of an industrial base that is perhaps not so well understood by the wider population. Definitely worth a bigger audience and perhaps an update. A great deal of progress on renewables has taken place since.