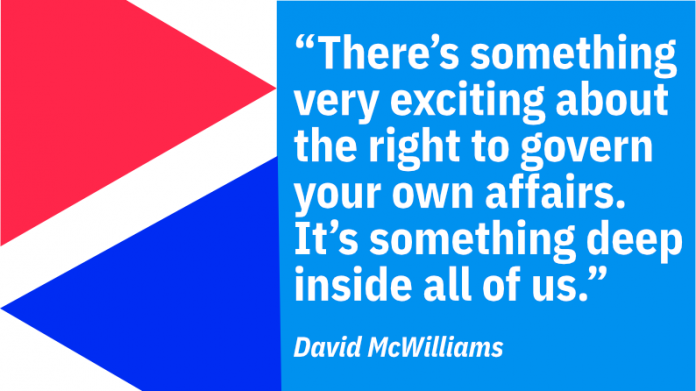 After over a week of unionist screeching that the Scottish Government does not have a mandate to hold indyref2, and that Scotland, in any case, is far too wee, small, stupid and impoverished to be an independent nation, it seems an appropriate time to post a totally fascinating video clip and a refreshingly honest podcast which raises questions, and some potential answers, for Scotland as well as Ireland and how Scottish independence will affect Northern Ireland. This takes independence out of the British unionist negative sphere and into the more positive realms of Scotland as a modern, independent European country.

The video clip is of David McWilliams talking about Scottish independence.

David McWilliams is an Irish economist, author, journalist, documentary-maker and broadcaster. He is Adjunct Professor of Global Economics at the School of Business Trinity College Dublin, and according to his website is ranked the 10th most influential economist in the world. Previously he was an economist in the International Relations Department of the Irish Central Bank, Chief European Economist at UBS, Europe’s largest bank, and Head of Emerging Markets Research at Banque Nationale de Paris. So a guy with some experience and knowledge about countries and economies. He is certainly worth listening to. On Scottish Independence he says:

“There’s something very exciting about the right to govern your own affairs. It’s something deep inside all of us.”

In an effort to educate others on economics, David McWilliams has produced a long series of podcasts. His latest is particularly interesting for those of us in Scotland as it’s titled When Scotland Rises.

The blurb for this podcast reads:

“The first casualty of Brexit will be Britain. Scotland is on its own path for the first time since 1707. When Scotland becomes independent, it will trigger enormous economic and political changes up here in the North West Atlantic. Mark Blyth, Professor at Brown University helps us to tease out the economics of Scottish Independence and what’s ahead for Scotland, Ireland and England.”

Speaking about Scottish Independence in the podcast, Mark says: “This is priced in. This is going to happen.”

Listen here to When Scotland Rises. Well worth passing on to, and discussing with, others to move the independence debate on from process to possibilities.