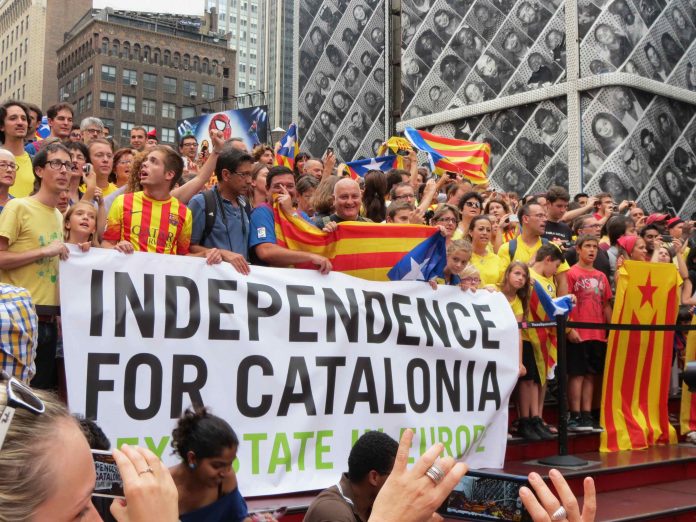 On the afternoon of May 31 2018, Spanish Parliamentarian Aitor Estaban of the Basque National Party pledged his party’s support for the censure motion against the Government of Mariano Rajoy. This support helped constitute a majority in favour of the motion, and Rajoy’s government is now history.

The censure motion was instigated by the Socialist Party leader Pedro Sanchez, after several high profile prosecutions and jail sentences in the so-called Gürtel corruption scandal, including the former treasurer of the Partido Popular, Rajoy’s party. Rajoy had earlier testified in the case predictably pleading ignorance, but following the verdicts he was no longer deemed a credible President. Under the censure procedure, Pedro Sanchez has become president and will form a government, with no set date set for the next elections.

Crucially, the censure motion was passed with the support of the Esquerra Republicana de Catalunya party, the Catalan PDeCAT party, as well as the Basque National Party. They along with the Socialists, Podemos, Basque EH Bildu, Compromis, and Nueva Canarias constituted a majority to expel Rajoy and his government.

The debate was intense, and focused heavily on the Catalan question. While only time will tell what bearing this will ultimately have on Catalan independence, but at the very least Pedro Sanchez has agreed to dialogue with the Catalan government. In addition, the Catalans and Basques will be in a position to bring down the Sanchez government if he does not respect his commitments.

On October 27, 2017, the Rajoy government imposed article 155 of the Spanish constitution on the Catalan Generalitat, which effectively imposed direct rule from Madrid. Spanish vice-President Soraya Saenz de Santamaria, a woman who cannot say the word ‘Catalan’ without grievous contempt dripping from her lips, was made de facto President of the Generalitat in place of Carles Puigdemont, and the relevant Spanish ministers took control of the ministries of the Generalitat.

Just one example of the barbarity of the application of article 155: the removal by force of the artworks of Sixena from the Museum of Lleida. To make a long

storyshort, some beautiful religious artwork was removed from the Monastery of Sixena, which is in Aragon, and transferred to Catalonia for safe keeping during the Spanish civil war. The Kingdom of Aragon included Catalonia, and the artworks have deep Catalan heritage. They had been kept in the Museum of Lleida, and there had been long-standing legal processes to get them brought back to Sixena, while the Catalan government maintained they had been legally purchased.

In any case, the Spanish culture minister took advantage of article 155 to ‘resolve’ the issue, by sending curators under armed protection on December 11, 2017 to remove the artworks and transfer them to Sixena. Can you imaging the UK sending armed forces to remove works of art from the Scottish National Gallery?

In addition, under the guise of article 155, the Spanish government basically drove a bulldozer through Catalan institutions and programs. Santamaria openly bragged about her and Rajoy ‘decapitating’ the independence movement. Diplocat, a public-private Catalan diplomacy service, was dissolved. Dozens of functionaries were fired. In addition to the jailed and exiled politicians, many more who participated in the referendum are being prosecuted, including academics, several hundred mayors, and many others. Hundreds of Catalan government programs and subsidies were frozen or rescinded, causing incalculable damage to Catalan institutions.

Article 155 was imposed pending elections to the Catalan Parliament  held on December 21 2017 and the formation of a new government. Despite ferocious propaganda and repression on the part of the Spanish state, which included banning of the color yellow in support of the political prisoners, the Catalan independence parties won and maintained their majority in the Catalan Parliament. In the intervening months until the formation of the government on May 31 2018, the Spanish state did everything it could to impede the investiture of the duly elected government, including those in exile and jail. For example, when Jordi Turull was chosen to be President and made his investiture speech on March 22, he was thrown in jail the following day where he remains.

There are currently 6 Catalan government members in exile, and 9 jailed without bail in Madrid prisons far from their families on charges of violent sedition and rebellion, despite not having been convicted of anything, risking 30 years in prison each if convicted. Just think about that, and you can easily grasp Catalans’ reasons for and desire for independence from the authoritarian Spanish state.

With the censure and removal of Rajoy, article 155 was effectively lifted. Not only had Catalan President Quim Torra named a new government the previous day, but the Spanish ministers who had controlled the Catalan ministries were no longer even Spanish ministers.

Given this constitutional vandalism, here are several issues that Sanchez will need to resolve quickly to establish his credibility, and assure some measure of durability to his government:

If President Sanchez seeks to argue that he can’t interfere in the judiciary because of the separation of powers, this won’t wash. If ex-President Rajoy was able to put Catalan leaders in jail, Sanchez can get them out. After, the Spanish judiciary can undergo deep and overdue reform so it will never again be used to criminalize the process of democratic self-determination, a fundamental human right enshrined in the UN charter.

Sanchez, but the prevailing attitude seems so be he could not be worse than Rajoy. He depends on the Basque and Catalan nationalist parties for his presidency, and the Parti Popular  and Ciudadanos would only be too delighted to help them bring down Sanchez if he does not respect his engagement to dialogue. In short, this is the best opportunity in history to accomplish if not Catalan independence, at least an acceptable constitutional settlement within Spain which could endure. However, given the nature of Spanish politics, the former is the only feasible option, as Spain had their chance on the latter, and they blew it.