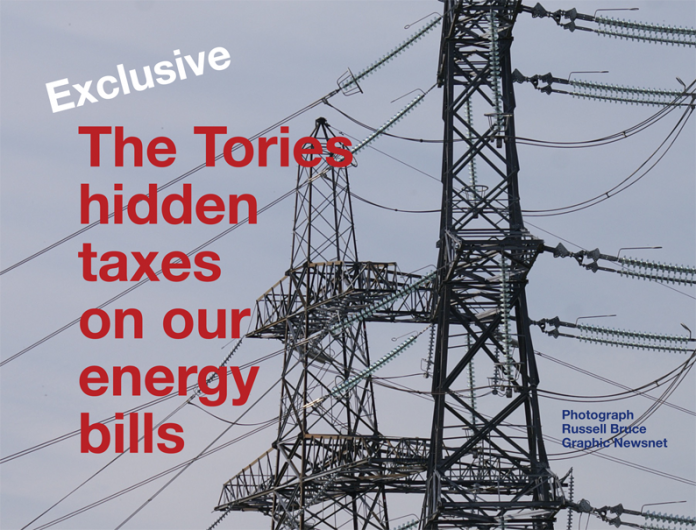 Energy bills are up and going up more and some of it is down to hidden charges i.e. tax added to our energy bills. This is a Tory government that likes to hide things from the people.

UK households will have an increase of £164 added to their energy bills according to the Citizen’s Advice Bureau to pay for the failure of 30 small energy companies that went bust because they did not have a business model able to withstand the rapid increase in energy prices. They entered the market offering cut price deals and came a cropper as a result. Ofgem did nothing to ensure these entrants had a viable business plan or that they were backed by adequate financial resources.

The UK Tory government saw this as healthy competition and the market working for lower prices. That there were casualties did not really bother them until Bulb with 1.5 million customers went belly up. The larger companies surviving took on the smaller outfits as a means of increasing the households they supplied and were paid £66 for every household they took on.

According to the FT £2.7bn to cover the cost of 28 energy suppliers collapsing is added to the bills of all energy suppliers. The National Audit Office calculated the cost at £94 for every household.

The government just pretend all increases are down to rising energy prices. So far that is £164 plus £94, a total of £258 we are paying our energy suppliers in these hidden taxes, but there is more.

Some of the energy companies that went bust had not paid into the renewable energy fund as required and that adds just short of £300 million, now also loaded on to our energy bills. The estimated cost per household could be around £20 to £25. So the total now is around £280.

But there is more coming

When Bulb went down it was too big to for any other energy companies to swallow and the government nationalised it. With no experience of running an energy company the government decided Bulb would not be allowed to buy contracts in advance to supply households but would have to cover supply using expensive spot prices. The government are desperate to get rid of Bulb. The UK government have spent £900 million on Bulb and allocated a further £1billion for running costs. Just who might turn up to take Bulb off the government’s hands is not an easy guess. They would need to have energy experience and be backed by considerable resources but more than that they would want a very generous payout to take on Bulb.

The final cost of Bulb is intended to be added to all our household energy bills as another so called levy or hidden tax.

Citizens Advice said the government had made costly decisions around managing Bulb — including the choice not to buy energy in advance — meaning taxpayers will have to cover the cost of buying energy at a premium. Another £200+ added would be a conservative estimate, bringing the hidden energy taxes to around £500 a year.

But there are more ‘levies’ in the pipeline

With the installation of smart meters it is possible to calculate consumption by connected households every half hour. It is proposed that consumers shifting the electricity they use away from peak time would get lower prices, basically a more flexible version of the old off-peak tariffs for storage heaters. The second part of this thinking, if thinking is the right term, it that the discount some enjoy will be paid for by another ‘levy’ added to our bills.

The idea of encouraging households to switch more of their usage is a sound idea. Adding the payback to those able to change energy use back onto our energy bills it a very stupid idea. With off-peak storage heating consumers got cheaper electricity because it suited power companies to help spread the power load. It did not add the cost to those on other forms of heating. A major benefit to energy companies is it will help reduce the high cost of the more expensive generation forms like gas and nuclear at peak times as well as helping England stave off some of the coal generation now planned for this winter.

Last winter West Midlands was burning coal for 20% of generation and England has arranged for an additional coal plant to be available this winter.

The last thing households need is all these extra ‘levies’ piled onto the rising costs predicted for later this year. Newsnet agrees with the Citizen’s Advice Bureau that these costs should be met by the Treasury. Yes it will end up in general taxation but that makes for being honest about tax rather that hiding these levies, taxes by another name, on household energy bills.

Should the proposal to reduce pricing for increased off-peak usage progress then this will probably start with a couple of pilots chosen from the UK’s 14 power regions managed by their Distribution Network Operators. Rather than the complex plan Ofgem and the government are proposing it would be easier and helpful in contributing to meeting climate change targets to introduce a scheme that is dedicated to power generation. It is very much in the interests of Distribution Network Operators (DNOs) to engage as it will help their load management and also save costs on more expensive generation activated to meet peak time demand. It would make sense for the Treasury to provide some funding to get this off the ground but it is also reasonable that the DNO’s contribute towards the cost once schemes are up and running. They after all would then have a powerful story to attract consumers and businesses to their product offering.

They help households by recognising all the energy levies covered in this article are in fact taxes and in a spirit of openness and honesty in a break from the Johnson period they transfer the lot to the Treasury. Energy bills and rises predicted in a matter of weeks are what concerns the public most. Concern is a mild word for many who are simply terrified of what is in store. Transferring these costs to honest taxation will benefit a large percentage of the population and especially the most vulnerable already in poverty and struggling to heat or eat.

A £500 tax cut on energy bills would be a popular decision but will it happen as the wealthy would have to start covering the cost through other taxes? That might not go down well with the tax cutting PM candidates. There is also scope for cutting the 5% tax rate on energy bills as the 5% collected gets ever bigger with higher energy costs. A £500 bill attracts £100 in VAT and a £2000 bill attracts £400 of VAT. That should appeal to the hard Brexiteer PM candidates and Brexit Starmer. An actual Brexit dividend. That would be a first. The VAT on energy, including heating oil, is one of the few areas where rising revenues offer scope for a tax cut. Concentrating help on energy bills makes the most sense rather than pretending there is vast scope for widespread tax cuts as many of the PM candidates have proposed.

Our writers are not paid for researching and writing articles but we have costs to keep such a large body of articles and graphics online. Our immediate need is for around £500 to keep the site online at a time when independence is a major objective for a large percentage of the population. 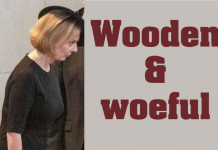