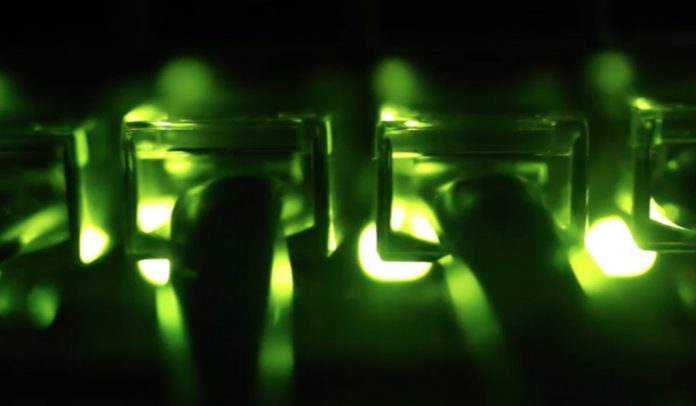 Despite the number of closed shops, and for sale and to let signs that clutter windows in high streets, city centres and business areas, Scotland’s family businesses seem to be thriving.

Whilst in decades past large businesses came, grasped all the sweeteners and bribes pressed on them, and eventually departed leaving thousands of ruined lives and acres of derelict buildings and land in their wake, family businesses tended to remain, providing jobs for local people.

For years Germany’s Mittelstand was envied by us for the stable employment it provided. The attributes of Mittelstand can be listed as – 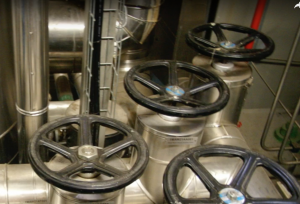 Those involved with family businesses in Scotland believe they are more resilient, making different decisions to non-family owned businesses on investment, risk and opportunities, often accepting a longer return on investment or capital expenditure. They also are fleeter of foot and adapt better to change. Others cite resilience and creativity, focusing not on short-term gains but on longer-term sustainability with the ability to make quick decisions enabling taking advantage of emerging trends. 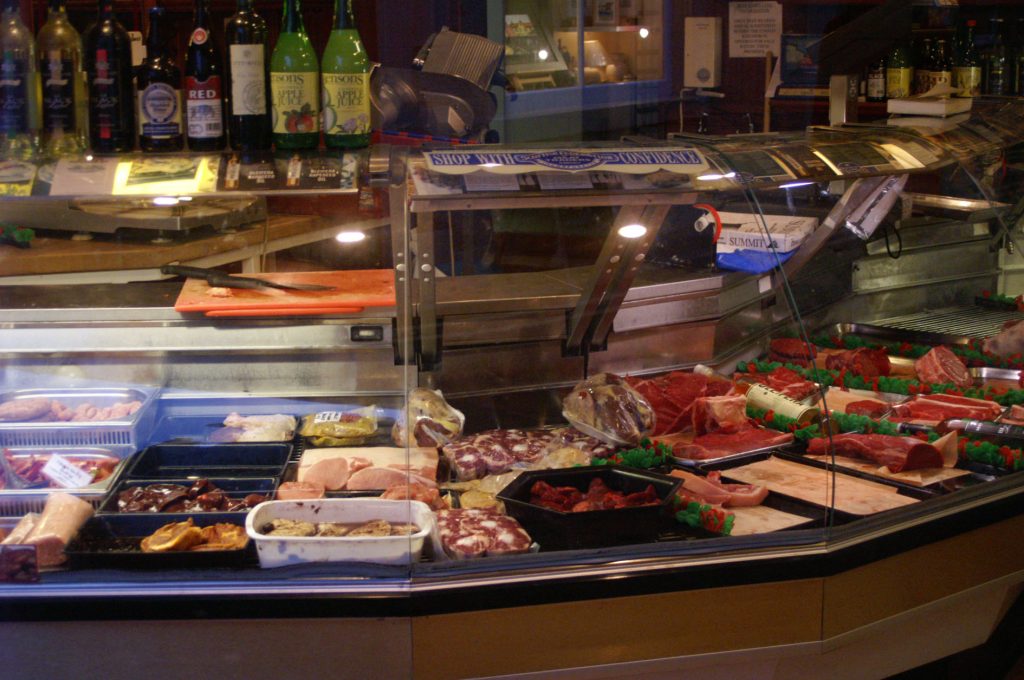 The social ethos of family businesses means they often react faster to downturns by taking measures (cutting their own salaries for example) that other businesses would not contemplate. Then there’s commitment, trust, knowing strengths and weaknesses, the ability to make big decisions quickly. The capability to offer a more personal service based on family values rather than that of faceless robotic multinationals, creating an emotional bond with customers and employees, so exploiting niche markets, is another plus, as is gaining the support of their local community and adapting quickly to customers’ needs.

As a result of Scottish Government legislation (the Procurement Reform Scotland Act came in two years ago), of the 22,000 contracts advertised through Public Contracts Scotland 13,500 were awarded to Scottish SMEs, many of which will be family run businesses.

So if family businesses can overcome squabbles with relatives, family feuds and changes, 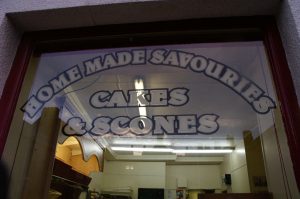 and get their succession strategies right to enable them to last beyond the second generation, then the future looks bright, especially with the many avenues of assistance now available at local and national level to help such businesses grow and continue to flourish.

And to return to the attributes of the German Mittelstand listed above. I’ve been ticking them off and it looks as if our Scottish family businesses are travelling a very similar road. That surely bodes well for our economy.

Scotland a leader in inward investment

But our family businesses will face stiff competition. Scotland is a top European location for global companies and attracts more international investors than any UK region outside London, with over 5,100 overseas companies at present located here.

YouGov survey commissioned by Amazon. Scotland, with its scenery, culture, communities and social scene, tops numerous polls of international destinations. Employers are looking for quality of life as well as a good place to do business, and Scottish cities offer easy access to the great outdoors and all its attractions, important for getting the life/work 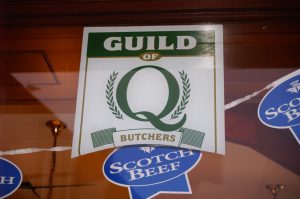 balance right. Interesting, given the determination of some large retailers to drop Scottish branding and substitute the union flag.

If Scotland is voted such a great place to carry out business why not proclaim that in your promotional material and packaging? But then it appears to be the Westminster Government as well as large chains headquartered in London who are pushing British branding. 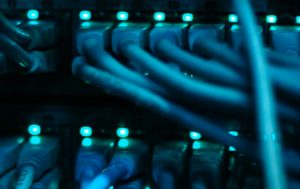 Added to the quality of life is the availability of a highly educated and skilled workforce – a necessity for modern business. Scotland has more universities than any other country in Europe, with the exception of Luxembourg, and more than half Scotland’s working population has a further education qualification. Employers who have come to Scotland cite this as a major reason for coming, yet we endlessly hear from unionists about how dreadful Scotland’s educational system is. Someone’s being economic with the truth, and it isn’t the businesses.

Despite our wonderful scenery and great cities and towns, operating costs for businesses are considerably lower in Scotland than for London. Another attraction. These costs, which include property and labour, can be as much as 40% lower than for the city of London – a massive consideration for businesses concerned with the bottom line, and what companies aren’t!

For those looking to set up companies in Scotland a business friendly environment, including one of the lowest tax rates in the G20, is an added incentive. Whether a new business, a spin-out business from university (28% of spin-outs are created in Scotland) or an established business wanting export advice, it is available through Scotland’s network of agencies at national and local level, their collaborative working helping overcome problems and promote growth both in Scotland and worldwide.

This easy access to advice and support is also seen as crucial by businesses thinking of locating in Scotland. Scottish Development International, the international arm of Scotland’s enterprise agencies, cites our easy connections to global markets, including the UK, Europe and America through air links, freight ferry services and motorways. To make the world smaller digital connectivity will see all Scottish premises covered by a 5G network by 2021.

And for those starting out or struggling along the way there is the Small Business Bonus Scheme providing rates relief. Some small businesses don’t even pay rates if they qualify for maximum relief.

Hubs and clusters feature of our new industries

Companies benefit from being in close contact with other similar businesses, or those offering products important to their manufacturing base. Around many key sectors of the economy, such as life sciences, aerospace, energy, creative industries, business clusters have formed. These are areas with a critical mass of businesses in a similar sphere, which work together formally – trading or forming partnerships – and informally – socialising and networking. Again, clusters attract new businesses. Proximity to a university and access to talent are key as is the support being part of a cluster can provide.

Scotland’s digital technology sector has three clusters – one in Edinburgh where jobs in digital technology increased over three times the UK average between 2014 and 2017; Glasgow where its top ten meetup hub has over 12k tech members; and Dundee with its gaming hub and emerging blockchain meetups.

For centuries Scotland has been renowned for its innovation and invention, its creativity – attributes that are prized by businesses and which are the basis of the acknowledgement of Scotland as a top research and development location. Scotland, according to Scottish Development International, carries out more research per head of population than anywhere else. This background makes Scotland a place highly suited to knowledge economy jobs in areas such as stem cell research and robotics – the jobs of the future, and sectors that will boost our economic growth.

So there we have it. Family businesses that are developing along the lines of the Mittelstand, providing a solid core of jobs in Scotland, and a country rich in the cultures, skills and attitudes that attract entrepreneurs and businesses to invest and develop new enterprises.

If you believed Scotland was a poor wee country that couldn’t stand on its own two feet, then think again. Of course exports could be increased, of course we have social problems that need careful thought and appropriate finance, and of course we have a range of areas in which we must do better. But what country doesn’t? We have what it takes to make a success of independence and hopefully soon we will show just how well we can flourish as an independent country.

Newsroom: Tomorrow sees the publication of the Growth Commission report. It will be interesting to see if some of the pointers in Molly’s article are also set out in considerable detail in what the Growth Commission has said. There will be so much more and Newsnet will be providing coverage on this much anticipated and important report.

Golden opportunity to seize Brexit agenda for the good of Scotland...