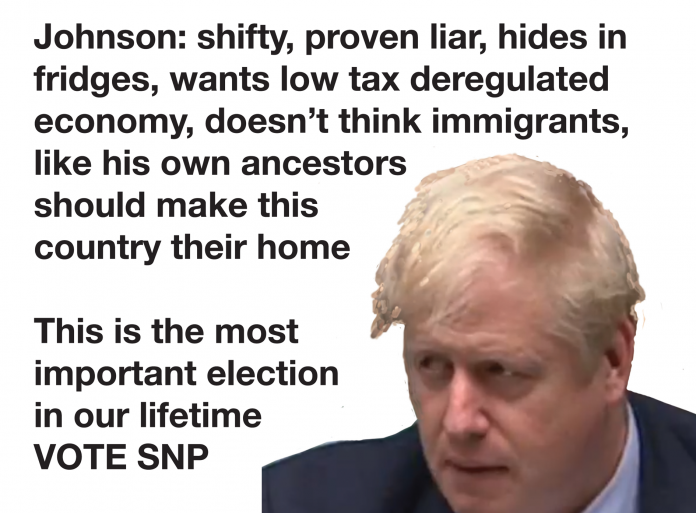 Today Scotland must look to a positive future outside the narrow xenophobic politics of a Conservative party that bears no relationship to any previous Conservative administration. Scotland rejected Mrs Thatcher’s version of Conservatism.

It is not too much of a leap to suggest Margaret Thatcher might have been as appalled as her successor John Major is today. When the moderates have been ejected from the Conservative party in the most ruthless purge in UK political history it is important to pay attention.

It is quite something when senior and respected Tories are urging people to vote tactically for other parties today. To those who still have not understood the consequences of such an extraordinary situation we would just say;

John Major, Michael Heseltine, Ken Clarke, Bendor Grosvenor and many many others know the real Boris Johnson and are afraid for your future.

To those who find it difficult to listen to the SNP and other parties we urge you to think carefully about what Margaret Thatcher’s former ministers are advising.