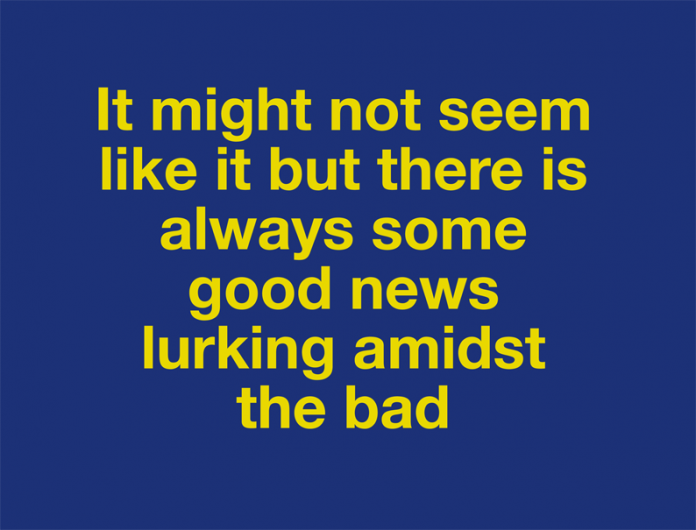 What good news you might well ask but it is just a question of looking without denying there is also bad news. I am reminded of Kate Atkinson’s book When Will There Be Good News? as a thought for the days before Christmas. The paperback was published in January 2010. Five months later the UK elected David Cameron’s government with the Lib Dems brought along for the ride to later electoral disaster. 2010 was the last general election that maintained Labour’s dominance in Scotland winning 41 of the 59 Scottish seats. By 2015 Nicola Sturgeon was leading the SNP and the party virtually swept the board.

The 2015 General saw the SNP increase their Westminster representation by eight hundred and thirty-three percent (833%). From just 6 Westminster seats in 2010 the SNP returned 56 MPs in 2015 crushing Labour who lost 40 of their 41 seats. The Lib Dems punished for their coalition with the Tories lost 10 of their eleven Scottish 2010 seats. The Tories held onto just Dumfriesshire, Clydesdale and Tweeddale. The SNP won 50% of the vote up by 30% from 2010 whilst Labour’s vote share dropped by almost 18%.

There is good news in independence polling for Yes supporters with 7 polls now indicating Yes firmly ahead. A recent Savanta poll for the Scotsman put Yes marginally behind by 1 point but Savanta concluded the position was neck and neck. The poll for Channel 4 news was remarkable in that the key question was about getting out of the UK. Q1 Would you vote SNP at the next General if a victory for them could lead to Scotland leaving the UK? Yes 50% No 33%. Q2 Would you vote SNP at the next General Election if your vote would be used as a mandate to negotiate independence with the UK Government? Yes 51% No 33%.

Sunak leads a committed Brexit government of what is at least 3 separate parties on his back benches forcing him to backtrack on issues his Not In My Backyard MPs will not support. It is therefore no surprise Labour are doing well in polls in England. Although they have taken over second place from the Tories in Scotland they are nowhere near the polling levels they have in England. Labour are totally committed to Brexit. If there is a cigarette paper between Labour and Sunak’s government on Brexit, it is singed in the heat of English nationalism. Labour and Tories are chained together in shared irons in refusing Scotland a second independence referendum. With the General Election up to two years away much could change and the present likelihood of a Labour win may not be the certainty it might now seem.

The 19p tax rate has been retained and new initiatives on the limited social powers the Scottish government has are making a difference for those on low incomes. That is not to say the cost of energy will not continue to be hard for those on low incomes because energy is not devolved and the Scottish Government cannot deliver the changes an independent Scotland could to further mitigate the impact on households with lower energy costs in a country with a growing abundance of increasingly affordable renewable energy. Let it never be forgotten that whatever the continuing pressures on the SNHS the Scottish Government did what was necessary and reached a pay settlement with the nurses in Scotland. England, Wales and Northern Ireland have greater serious pressures because Sunak will not sit down and talk pay. That’s what a responsible government does. That the Royal College of Nursing have not agreed to the Scottish settlement means getting around the table again.

Sunak is sticking rigidly to refusing direct talks just as he continues to promote Brexit which caused an exodus of EU nurses and doctors. NHS staff are leaving and there is no way to force nurses and doctors to continue to work in an underfunded and under supported public service.

One of the most significant health initiatives the Scottish Government introduced was free prescriptions. Just because we have become accustomed to this let us never forget we can get our prescriptions when we need them not when we can afford them or have to make another choice between heating and eating. This prevents conditions deteriorating and in the long run saves the SNHS more expensive treatment. Prescriptions in England now cost £9.35 per item.

Wednesday was the shortest day of the year which means that from Thursday on the days start to get longer again. It may be a slow process with January and February usually the main winter months still before us but even though there may be little cheer ahead for a while that was no reason not to celebrate the Winter Solstice even if it was just lighting a candle. We are on our way back to summer, slowly.

What’s bad about the US Fed interest rate policy?

They are pushing interest rates up and it is not just in the US. They are determined to squeeze inflation, push up unemployment by raising the cost of borrowing for struggling businesses and householders squeezed by higher mortgage or rent costs on top of higher energy and food costs. Recession is looming and taking what disposable income may be left out of the economy risks a deeper recession. The US Fed sets the pace and Europe and hapless Brexit UK follow suit. The reason they do so is to protect the value of their currency against a strong dollar. Sterling has recovered from the lows following the disastrous Truss government but it remains in an 80 year decline against the dollar and is still lower than the level it fell to following the 2016 Brexit vote.

The Bank of England was quick to match all the Fed interest increases but markets were concerned and 2 members of the monetary policy committee voted against another rate increase. Interest rates after 9 increases by the BoE now stand at 3.5% and there are increasing warnings about the cost to the economy and to UK government borrowing costs. The European Central Bank (ECB) was slower to follow the US Fed and interest rates for the Euro area are lower at 2% amid concerns for the Euro economy. In the end they followed this time with a 0.5% increase to 2% but with retail sales falling due to multiple inflation pressures further increases look much less likely over recession concerns. Brexit Britain is becoming very vulnerable to the impact of interest rates significantly higher already than in Euro countries. 1.5% is a big difference and businesses and households will pay the price of BoE’s dangerous Fed following. Voices on both sides of the pond are calling for a halt to interest rate increases.

Blaming Ukraine is wrong. The problem is Putin

Angela Merkel once asked Putin what he wanted. She didn’t get an answer but we now know what it would have been. Putin’s war is against Western Europe which he is determined to undermine. The steady erosion of Russian influence as former satellites moved increasingly towards the West reduced Russian post war influence in Europe. The Warsaw pact countries have all left. Two things about Putin’s regime are a continuation of Czarist and Stalinist Russia. Those parts of the Russian Empire seeking to make their own way in the world are ruthlessly suppressed and secondly this is achieved by committing large numbers of poorly motivated, ill-equipped and untrained Russians to these conflicts.

Putin thought he could get away with attacking Ukraine and it would be over in days. The strength and military creativity of the Ukrainian response took Russia and the West by surprise. Christmas Eve marks a conflict standing at 10 months not 10 days. Other eastern states are also targets of Putin’s intended revenge, including Moldova and Georgia. There is no choice but to continue to support Ukraine but without putting troops on the ground. Russia has displayed extraordinary ineptitude for a supposedly major world power as well as carrying out thousands of war crimes. It is far from over and the Russians are displaying increased efficiency in putting strategic defences in place to help protect areas still under occupation.

The loud mouth attention seeking petrol head seems to have had second thoughts and his article that no responsible editor should have published has been taken down. In the real world the Centre for European Reform (CER) has been modelling the economic performance of a UK if it had remained in the EU by comparison to the economic performance of other major economies. Their conclusion is Brexit Britain’s GDP is 5.5% lower than it most likely would have been if the UK had remained in the EU. Along with this is the resulting impact of lower tax receipts of £40 billion in the year to the end of June this year.

Given current problems across both the private and public sectors that loss of economic growth which would have kept more businesses going and £40 billion of lost tax revenues would have made the present situation a great deal less difficult to the extent that Sunak might even have made a decent pay offer to nurses. Unlikely though for a PM who spent 3 days last year (when Chancellor) investigating private health care in the US. Sunak only changes direction when he faces a blowback from his hard line Brexiteers and Not In My Backyard PMs.

It is not as if the Centre for European Reform’s calculations are not without similar calculations by the UK’s Office for National Statistics (ONS) who earlier calculated Brexit had resulted in a loss of 4% of UK GDP.

There is speculation that Sunak may face pressure to go if Tory losses in May’s local elections in England are bad. We have seen 3 PMs in 2022. Could there be yet another unelected PM change in 2023? There is even speculation of Johnson returning.

End of Sunak and Scotland leaving UK for the EU?

Faced with an incompetent Sunak government and Starmer’s Labour and Sunak joined at the hip in a belief Brexit will one day actually work, along with total opposition to Scotland having another independence referendum the ongoing political chaos might actually result in a General election sooner than currently expected. As the Channel4 News poll found Scotland wants to get out of the UK and the sooner the better.

The net is closing on Trump and republicans are are gradually distancing from the rogue President although there is no certainty that Trump will face a legal challenge that would rule him out of standing for public office again. It will be a long drawn out process. Secondly a reminder that Scotland has the highest per capital revenue of the nations and regions of the UK according to the ONS behind only London, the South East of England and marginally the East of England. Revenue per head blue areas; Scotland £11779, South West England £10934, East of England £11947.

Spending per head in Scotland is higher partly because we have a more distributive government in areas they control and because we have no control of the large expenditure of the UK government which means we get charged for the likes of waste PPE from VIP contracts, Test and Trace (£38 billion) and other expenditure by Pretendy Global Britain. A real country has total control over all income and expenditure. As long as we remain in the union we will not have control over our own considerable resources or the means to provide the greatest benefit to the people of Scotland. 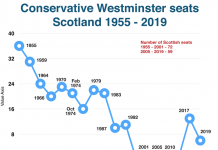