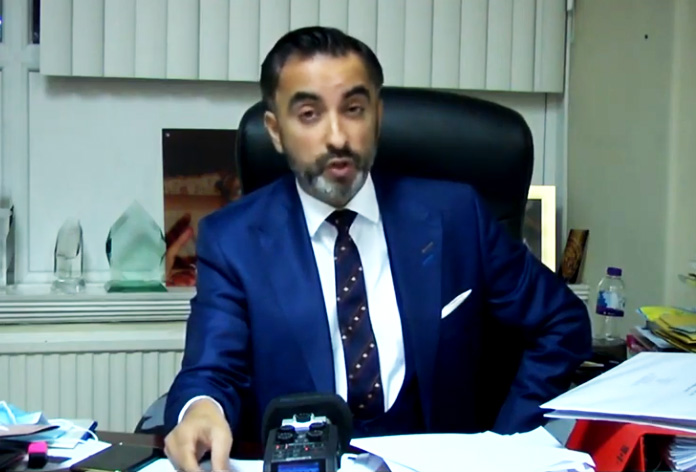 The SNP have had an interesting conference, albeit with the restrictions the pandemic has imposed over traditional gatherings. A reminder, should we need it, is that life is not yet normal. A new NEC has been elected creating a few shock waves. Well that is politics but more on that later because we must get down to campaigning on the fundamentals driving support for independence

Aamer Anwar recorded this video about what he believes are the main campaigning issues going forward. Well worth watching if you have not seen it.

The debate raging on Twitter for months over the Gender Recognition Act has spilled over into the elections at conference. A coming together is crucial if the NEC is to work efficiently. That may not be easy with strongly held views on both sides but it is essential as we prepare for an independence referendum next year.

Should this be a party political issue? In all honesty is not one that is of great concern to the majority of the population and might best be pursued on an all-party, cross-party basis.

2021 is the year we will gain our independence in a referendum. With Westminster taking back powers from the Scottish Parliament and arguing for some powers to be devolved to local government Johnson is planning a pincer movement that will destroy the parliament people in Scotland trust to protect them from some of the worst impacts of a government committed to increasing inequality in areas outwith our control.

In 2021 we must set a new framework for the governance of Scotland by a Scottish Parliament that draws its powers solely from the people of Scotland and no longer has to work within the restricted structures imposed by Westminster governments we do not vote for.

There will never be a third chance if we fail. Support for independence has never been higher. Demographic and gender support is at an all time high and a major advance from 2014. The Tory party is already campaigning heavily with post office delivered mailings. They will throw everything into their belief they have some kind of God-given right to own Scotland despite the electoral arithmetic.

There have also been issues about the NEC and party HQ being less than responsive to the the concerns of members. With goodwill from all there are means to resolve this. Increasing resources for Member Support could make a big difference. We have seen major divisive problems within the Labour Party and Johnson’s MPs in recent months, weeks and days. That is to our advantage but not if we allow ourselves to follow a similar path.

Everybody is concerned as the implications of Brexit on top of Covid-19 will hit all of us in the coming months but we must use it as a rallying cry for a better democratic future enabling Scotland to become a European power in terms of social justice and economic stability through employing the energy of the people of Scotland and our exceptional natural resources.

Once the poorest nation in Europe?

It is important to allow space for people to question. It is a long established Scottish tradition based on the long-held values of a Scottish educational system that promotes thinking as the basis for finding answers. How do we do things better? How do we solve problems in health, social justice, technology to combat restrictions and provide for a better public good and national prosperity?

It has been said Scotland invented the modern world (Arthur L. Herman). Professor Herman’s book explores the true story of How Western Europe’s poorest nation created our world and everything in it. But let’s not get big-headed about this – Scots come down heavily on those with this inclination. Other nations have also contributed to the modern world. All innovation involves standing on the shoulders of giants.

It is doubtful that Scotland was actually ever the poorest nation in Europe. Through the clearances, depopulation and emigration we shared much with Ireland and Scandinavian countries. Scotland’s population continued to decline even into the first few years of devolution. We have evolved from a nation of heavy industry to one growing the technologies, industries and businesses of the 21st century. We need independence to take the next step, to join those other formally poorer European nations like Norway, Iceland and Ireland who have been able to enrich their societies through the power of political and economic innovation.

John F Kennedy’s words are especially important in the crucial months ahead. All SNP members whether on the NEC, in local roles or the ordinary membership have the power to do a great deal for our country in backing Nicola Sturgeon to lead us to independence. There is not another European leader with the poll ratings our First Minister has achieved through canny, sure, considered and determined governance.

Now is the time when we lead by calling on all sections of our population to do something for their country by supporting independence. A different future for Scotland is within our grasp and we don’t need the discomfort of grasping thistles to achieve it.

Thinking, Structure, Unity, it is a winning formula

The Panelbase poll for Wings over Scotland