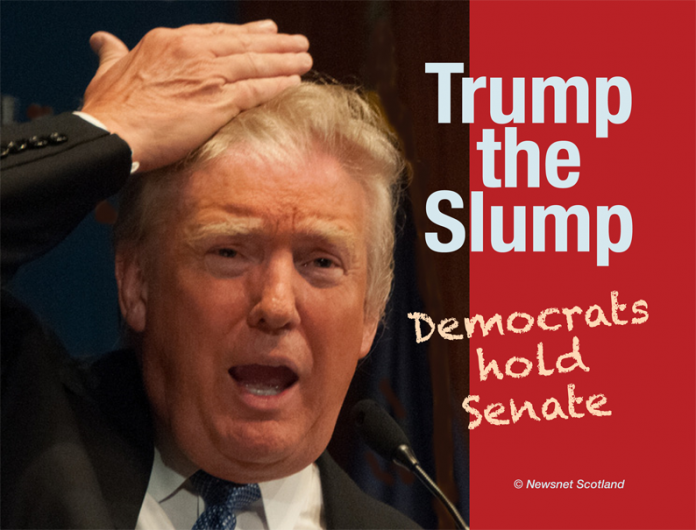 Election watching is a long ingrained habit but the US elections occupied much less attention given the importance of what is happening in the UK and Europe. Blow by blow coverage did not seem to warrant too much attention until things began to shape up on Friday. The results as of Sunday are good for Scotland, the UK, Ukraine and Europe.

Against all predictions, the Republicans failed to take the Senate and the Democrats have held onto control against the usual pattern of the ruling party making big losses in the midterms. The Republican former attorney general who helped lead former President Trump’s effort to overturn the 2020 election results in Nevada warned that his lead was slipping away as the mail-in ballots were counted on Saturday. Sitting Senator Democrat Catherine Cortez Masto’s lead of 14,084 votes were enough to ensure victory in a state where, The New York Times noted “Democrats had been worried about a blowout: the loss of a governorship, a senator and three House Democrats. In the end, only the governor lost”.

The final senate seat will be decided by a runoff in Georgia on December 6th but it won’t change control of the Senate even if the republicans pull of a victory which would result in 50 seats each for both parties as Vice President, Kamala Harris, holds a casting vote. Should the democrats pull off a win in the runoff, as neither candidate won 50% of the vote first time round, as required by Georgia election law, that would indeed be extraordinary. Already huge sums are being thrown at the runoff campaign by both sides.

Outside of Florida where Trump candidate Senator Ron DeSantis swept to victory it has been an unexpectedly poor result for the republicans. Most Americans have grown tired of Trump’s ‘stolen election’ narrative. They are looking now for something different and that would seem to exclude Trump as a serious candidate in 2024. Trump will no doubt disagree but things are already getting difficult for Trump as supporters, are now increasingly distancing themselves suddenly from the MAGA illusionist chief. Trump has already attacked DeSantis who looks the more likely front runner for the 2024 republican nomination.

Democrat Chuck Schumer, Majority Leader of the United States Senate, said on Saturday night “Because the American people turned out to elect Democrats in the Senate, there is now a firewall against the threat [of] a nationwide abortion ban, cuts to Medicare, Medicaid or Social Security, and the extreme MAGA Republican policies,”

Will Joe Biden stand again as president in 2024?

Buoyed up by the election results Biden has committed again to stand for another term. Winning would mean he would be 86 by the end of another term. That poses questions even today. Roula Khalaf, Editor of the Financial Times, said on Kuenssberg today he would not and asked why answered with one name ‘Jill”, Biden’s wife. We will see, but his family will contribute to a final decision whenever that is.

At the beginning of this article I said the US result is good for Scotland. Biden has a special interest in resolution to issues in Ireland. That does not mean he has the same strength of feeling towards Scotland but the ongoing refusal from Westminster for a second independence referendum, including the Labour party, is an insult to democracy, and the international community remains very wary of the UK’s position in the world despite more rational pronouncements from Sunak after the disaster of Truss’ fantasy economics.