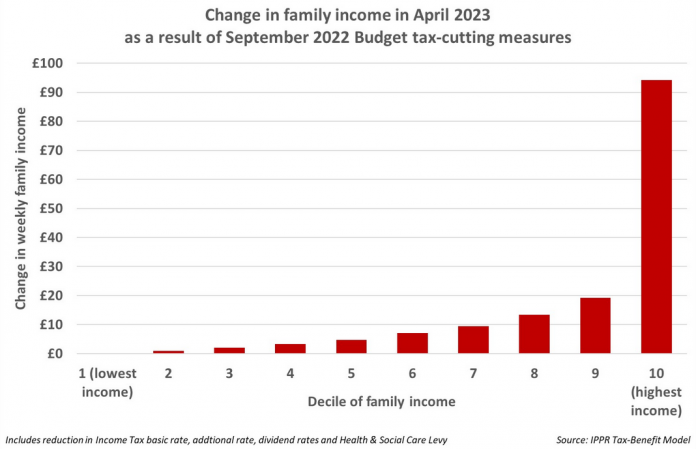 Well that went down well didn’t it. Few takers for Kwerteng’s mini budget which was not exactly mini in the extent of the changes he announced. The markets didn’t like it and sterling took another battering. A year ago the £1 bought $1.38 but got ravished yet again in the wake of the budget losing 21% of its value compared to a year ago. Friday’s closing value was just $1.0856.

We have covered the fall and fall of the value of the pound previously. In the years before the WW2, £1 sterling still bought $5 US, equivalent today to 40p for $1, but the downward trend became inevitable as America became the dominant global economy with metals and resources priced increasingly in dollars.

Given the concerns and criticisms of Kwarteng’s budget Monday may bring further pressure on the value of sterling when markets open. Kwarteng traded tax cuts for the wealthy for a steep rise in the cost of government borrowing with his uncosted budget. The increasing cost of borrowing is also hitting households with higher mortgages and credit card costs. A case of ‘we are all in this together’ however much we dislike the real cost of this budget.

Key high profile commentators like the FT’s Martin Wolf summed his article up with this comment “In sum, this mini-Budget will do nigh on nothing to raise medium-term growth, but risks serious macroeconomic instability.”

Our headline diagram which has been well shared on social media highlights the extent to which the wealthiest decile stand out to benefit big time. Kwerteng and Truss believe they will spent the tax savings and benefit the economy. Both Truss and Kwerteng are wealthy people and know fine well the rich to not behave in that way.

How will you pay for it Kwasi Kwerteng?

Scotland is constantly asked how we will pay for services in an independent Scotland. Kwarteng has not explained how he will pay for his tax cuts other than by unbelievable gibberish on trickling down, a fallacy we unpick below.

The highest earners will save around £2000 a year with the scrapping of the national insurance increase. One thing they will invest in is to put more money into their private pensions. Until the end of this tax year high earners can claim 45% against their extra contributions. After 5th April the maximum will be 40% so there will be a rush to pocket that extra 5% in the months ahead. Tax relief on pensions is just one of the many inequalities most people are unaware of. Relief is given at a taxpayers highest rate. In a society that actually worked to promote inequality there would be a flat rate of relief for everybody.

Those who propose a flat rate suggest around 30%. Tory and Labour governments haven’t paid any attention because ‘the man and woman in the street’ has no inkling that tax relief on pension contributions is something else that the highest earners benefit from disproportionately.

Where else might those in decile 10 spend their Kwarteng gains. The major resource companies use dollars for their accounts so a few more oil shares with healthy dividends in dollars could be one thing. Oil demand in the UK has contracted because people are trying to save on the cost of fuel but globally oil demand is up and is even being used for electricity generation in some countries. With more to spare then foreign holidays and homes might be on the cards representing a transfer from the UK to other countries.

Still more Kwarteng cash, then some luxury goods from France. France is the country that leads the world in the range and volume of luxury goods with names like Christian Dior, Cartier, Chanel, Hermès, Givenchy, Chloé, Yves Saint Laurent, Louis Vuitton, Jean Paul Gaultier and many others.

The Truss/Kwarteng argument is spending from the wealthiest will trickle down to benefit us plebs but no serious commentator believes this will happen and the list of most probable spending choices covered above indicates the beneficiaries will be other countries and not the areas still vainly thinking they might get a bit of levelling up.

Bankers are getting levelled up with no limit on their bonuses. Kwarteng wants to attract more bankers to London to stop the leaching of bankers to Paris and Frankfurt. London’s financial sector already dominates the South of England’s economy with its links to a range of offshore tax havens. A healthy economy seeks to build sector diversity and reduce the dominance of a few or a single sector. Some of the proposals in the mini budget may help expansion to other parts of the UK but there are also tax breaks which will further reduce tax revenues to pay for what the public wants to see – more spending on public services, particularly the NHS.

Once we had New Labour now we have New Conservatives advocating run away spending and unaffordable tax cuts. Truss despite being a minister under previous PMs has decided these governments were rubbish. We agree there is a lot to criticise on Cameron’s, May’s and Johnson’s governments, especially the latter. It is difficult to see how disassociating themselves from the last 12 years of Tory government will gain a shred of credibility but then the English electorate can be fickle.

Given the problems facing the UK there is no question of a balanced budget anytime soon in common with other countries around the world in the wake of the pandemic and now facing an international energy crisis. Governments don’t do balanced budgets anyway but there has up until Truss been a continued pretence that governments were working towards achieving a balanced budget. The UK government has borrowed for as long as the union has existed. Indeed England has borrowed heavily all the way back to the eighth century mostly to finance wars.

Depending on ‘the kindness of strangers’ as Mark Carney succinctly put it may not endure. With borrowing costs rising for households and the UK government due to Bank of England rate rises, the verdict to the mini budget indicated the continued kindness of strangers has involved a sudden rethink.

Like much else in Kwarteng’s budget his growth target looks more like wishful thinking than an achievable goal. Over the previous years of Conservative government growth has been 1% according to Truss. In fact for many of those years GDP growth was much higher from 2010 to 2019 ranging from 1.46% to 2.99% and averaging 2.03% The big slump of -9.27% in 2020 was due to the pandemic and Britain’s later introduction of lockdowns than other countries. The pandemic hit all economies around the world and that is not yet over. Now we have the added pressures facing all European countries due to Putin’s cut in energy supplies that all of Europe must deal with to cut Russian energy out of our future.

Russian income from energy that fuels the economy, combined with sanctions are already having an effect on what Putin earns from oil and gas sales. India and China are striking very favourable deals on Russian supplies. For European countries, including the UK, there will be difficulties in making the transition over the next couple of years as economic pressures with energy costs continue to impact on economic growth. For the UK a general election is due before we are likely to see energy costs falling significantly.

A general election is expected by late 2024 and the likelihood of 2.5% growth within 2 years is fantasy. The UK is facing recession and some argue we are already in recession. The British economy contracted 0.1% on quarter in the three months to June of 2022.

Oil and gas from Scottish waters will continue to help bail out the UK. It isn’t enough to cover all the UK requires and is a tiny fraction of global output. Never-the-less it reinforces both Tory and Labour determination to oppose the independence referendum Scotland needs to be in control of our future and regain membership of the EU.

Labour urged to ‘get a grip’ after Glasgow Council admits budget...