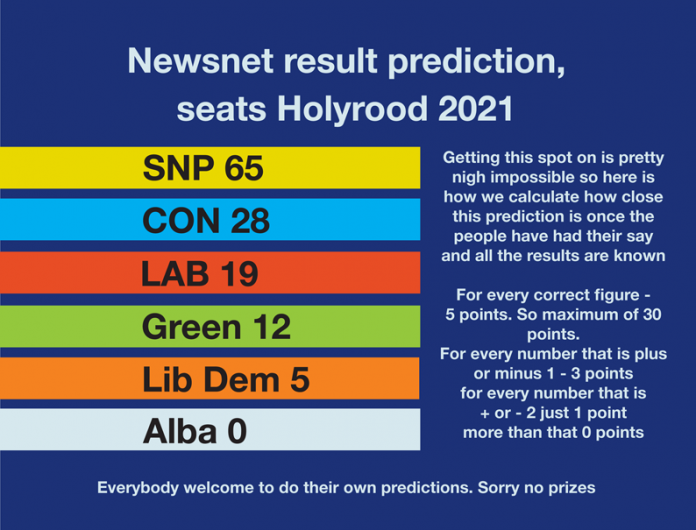 We have now had 5 polls published in the last two days, so what do they tell us about this most important of Scottish elections in the history of the Scottish Parliament? We can come to some broad conclusions where there is a considerable degree of certainty.

1. The SNP will be the biggest party.

2. The Conservatives will remain the main opposition.

3. The Lib Dems are unlikely to see much change in the number of MSPs elected.

4. The Greens will return their highest number of MSPs.

5. Conservatives and Labour will depend on the regional list vote to provde them with most of their MSPs.

6. Alba will not get any MSPs although there might be a 500 miles shot at one.

7. The SNP and the Greens with deliver a strong pro-indy majority.

Scotland has a considerable number of marginal seats, currently held by the SNP, Conservatives and Labour. Calculating with any degree of precision in advance of the count for each individually is no more than just a stab at what we think might happen when the actual votes are counted. We can though make a prediction based on overall probability based on polling data and indications of high intention to turn out and the numbers who have indicated they might yet change their decision on their vote.

In the first diagram below we show the state of the parties grouped as unionist or pro-independence. Others on the regional list total around 6% and include Alba who are on 2.5% on the last day of campaigning.

We have taken the average of the latest 5 polls to give readers what we think is an indicative outcome of percentage vote share but also relied on the data that indicates both SNP 91% certainty and Tories 90% certainty to turn out. Vital that SNP voters do so because of the importance of this election in enabling Indyref2 when the pandemic is over. It is also a powerdul message to Westminster not to mess with the powers of the Scottish Parliament. This election is being watched around the world, especially in Europe so the message we send as the results come in make this an election like no other in Scottish history.