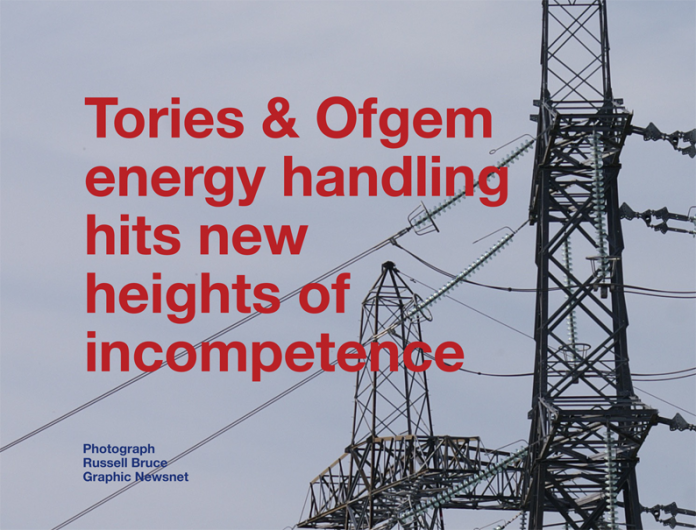 In the last article we summarized the information on the hidden taxes added to our energy bills. Now it turns out the 30 energy companies that failed had assets in the form of hedged energy futures. This means they had bought future energy at a price that turned out to be much cheaper than when energy prices really took off. The administrators of the failed companies had no difficulty finding buyers for futures below later high future hedged costs. According to the FT, Bloomberg has calculated that administrators have raised £820 million from the sale of assets including hedged energy.

So will any of this help offset the scary energy bills we are all facing? Perhaps even kill off the hidden tax Westminster has loaded on our bills? These are sensible questions. But in the context of a Westminster government with nobody clearly in charge, questions without answers.

If the UK government and Ofgem had any idea of the residual assets of the failed companies they have kept quiet about it. Administrators usually are able to realize assets from failed companies but the sheer scale of what they are recovering is due to hedged energy costs having risen and therefore hedged energy bought at a lower price finding willing buyers,

Now insult is added to the misery of energy bills the UK government has inflated by making us pay even more for energy through their ineptitude, ignorance and crass assumption none of this would come to light. Well it has. Heads need to roll and Ofgem cleaned out and replaced by a competent regulator.

It is certainly the role of administrators to recover what they can to pay off creditors of failed business and we have no problem with that aspect of their proper role. The issue here is they struck gold with older hedged energy held by the failed companies.

The case of Edinburgh based People’s Energy is of particular concern. People’s Energy customers were transferred to British Gas who were paid to take them on as our previous article explained. According to reports from the administrators, £315 million has been recovered from People’s Energy. BP who provided them with gas and electricity was the largest creditor owned £11 million which the administrator has now paid. After any other creditors have been paid the former owners are in line for a payout under UK insolvency laws.

People’s Energy was founded by David Pike and Karin Sode. Over four years it made considerable losses serving 350,000 households and 500 businesses. Not one year, four years of large losses. That should have been a red flag to a regulator paying attention to the public interest. Pike and Sode held a 25 percent stake in People’s Energy and could now be entitled to receive up to £50 million from their failed venture.

Ofgem seem to be thinking of challenging any payout to the former owners. That could take years through the courts with little chance of success given UK insolvency rules. In the meantime the urgency is that the hidden charges on our energy bills are removed and transferred to the Treasury and general taxation.

Against the background of a far-right former chancellor being challenged by a ultra extreme far-right Foreign Secretary, understanding of the real issues facing a large section of society on the cost of energy could well remain outside their field of vision and understanding. Newsnet is determined to help keep the issue to the fore.

Our writers are not paid for researching and writing articles but we have costs to keep such a large body of articles and graphics online. Our immediate need is for around £500 to keep the site online at a time when independence is a major objective for a large percentage of the Scottish population.

Use the link below or click on the Donate button on the masthead.

What is a MEANINGFUL vote worth at Westminster?