All who visit this site will know that from time to time we like to cast a critical eye over the political offerings served up by those public servants who occupy Pacific Quay – or BBC Scotland as it is more commonly known.

We are currently working on our latest mini tour of Caledonia’s political…. 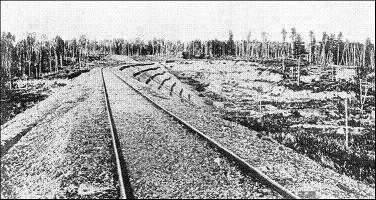 All who visit this site will know that from time to time we like to cast a critical eye over the political offerings served up by those public servants who occupy Pacific Quay – or BBC Scotland as it is more commonly known.

We are currently working on our latest mini tour of Caledonia’s political and current affairs broadcasts and will publish them in due course.  However in the interim we felt that we ought to bring to your attention an unwelcome and rather sad development regarding the online arm of the state broadcaster.

This week the controllers of BBC Scotland’s publicly funded ‘Blether with Brian’ blog decided that Newsnet Scotland should henceforth be treated as an offensive word – any comments to the blog containing the phrase ‘newsnetscotland.com’ now trigger the sites profanity filter.

As far as we can tell Newsnet Scotland is the only online site to be targeted in this fashion, at the time of writing this article no other site is affected.

However it gets worse, and a tad more sinister.  Not content with censoring comments that link to our site, BBC Scotland’s moderators also appear to be systematically closing the accounts of posters who fall foul of this new censorial edict.

So, on Sunday we sent an email to the BBC’s press office politely asking them to explain this new discriminatory practice.  We sent it directly to them because they had specifically requested we do so should we have any enquiries relating to the BBC – even though there is an online form for just this kind of enquiry.

Why this special request?

Well, some weeks ago Newsnet Scotland contacted the BBC using that very online form, it can be found here: http://www.bbc.co.uk/pressoffice/pressenquiries/.

We asked why it was that the Newsnight Scotland programme broadcast on the evening of 11 May, and containing discussions around the recent general election result, contained representatives from Labour, Lib Dems and the Conservative parties but no representative from the SNP.

The query resulted in an automated response acknowledging receipt and explaining that only enquiries from journalists would be answered; this was fair enough.

After receiving no answer we sent another query asking for clarification on the BBC’s definition of ‘journalist’.  We pointed out that Newsnet Scotland had published over 300 articles, some from respected journalists who allowed us to reproduce their work.  We also pointed out that we attract an average of over 10,000 page views daily, a not inconsiderable number.

This brought the aforementioned request from the BBC press office that any questions we might have should be emailed to them directly as opposed to using the online form.

So, as we have explained, we acceded to their request and sent our query directly to them. We will publish their response if and when we receive it.

In the meantime the people who control the ‘Blether with Brian’ blog will no doubt continue with a practice that is quite simply an affront to free speech, comments will be censored and accounts may be closed.

The most troubling aspect of this unhealthy desire to restrict interactive online debate is that it is entirely publicly funded.

You can say cnut on the ‘Blether with Brian’ blog, you can even say b******t.  Whatever you do, do not say Newsnetscotland.com or you’ll end up on the first train to the online salt mines of Cyberia.{jcomments on}