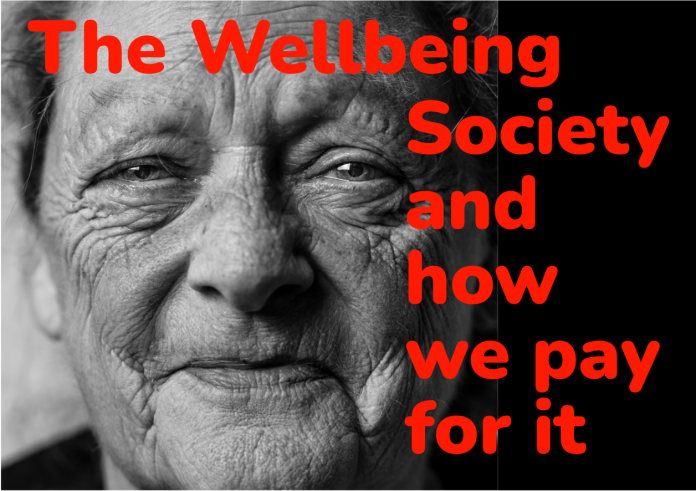 “Independence ensures that decisions about Scotland are taken by the people who live here. The transfer of powers to our Scottish Parliament will empower the people of Scotland, and present us with the opportunity to transform our country for the better. However, to build that better society, one with compassion and wellbeing at its heart, we need to use these powers differently. We need to reset the relationship between government, at every level, and the people it is there to serve, founded on a renewed social contract that delivers for the people of Scotland – a social contract focused on the realisation of our human rights and the pursuit of equality, which will guide all policy and spending decisions.” Social Justice and Fairness Commission Executive Summary: A Route Map to a Fair Independent Scotland

The Social Justice & Fairness Commission was established and supported by the SNP, but its membership included people who were not party members. It sought, not to cover every policy relating to social justice, but to offer advice to an independent Scotland’s first governments about their approach to governance, decision-making and policy priorities. It offers a conversation starter to find consensus about the kind of Scotland we want to build with independence and how best to get there.

So the route map is not a predetermined list of policy decisions but concentrates on three key elements: changing how we govern ourselves, agreeing the values we collectively view as our compass, and focusing on policies that prioritise the creation of a wellbeing society.

According to the report: “a wellbeing society is predicated on a wellbeing economy. where social justice and environmental justice go hand in hand.” The emphasis of mitigating the harms of an economic system needs to be shifted to ensure our economic activity does not create these harms in the first place. Our main measure of success should not be growth but what the economy delivers for our individual and collective wellbeing and the contribution our wellbeing economy makes in improving the wider world.

The report points to independence being key to achieving the transformational change necessary for Scotland to fulfil its social justice and fairness aspirations as:
– Independence will give the Scottish Parliament the tools it needs to eradicate poverty, rather than reducing or mitigating its effects.
– Independence offers a unique opportunity for us to come together as a country, and across the political divide, to shape our long-term future. – Independence is an opportunity for democratic renewal across Scotland.

The report considers three key elements of the route map to a fairer Scotland:
1. Democratic renewal – changing how we make decisions (citizen empowerment, citizens’ assemblies, radical reform of local government, land reform)
2. Values rooted in human rights and equality – written constitution, realisation of human rights and the pursuit of equality (the right to a home, to access universal public services and a secure living income), eradicating poverty, elimination of discrimination
3. Prioritising wellbeing – through transformative policies that put the wellbeing of people first.

The focus of the report is the destination – what an independent Scotland could look like in 15 or 20 years.

To get there, we need:

investment in childhood, the circular economy, eradication of child poverty, a fresh approach to supporting people living with addiction, reform of social care with the introduction of a National Care Service
Inclusive citizenship – a fresh approach to supporting people living with addiction – in terms of harm reduction and recovery
Climate change and food security – an inclusive green economy, a net-zero economy
Fair taxation – how we raise taxes, and from what and whom, shifting the burden, reform of local government taxation, Land Value Tax
Secure income – a social security system that provides income security when we need it, just as the NHS does for our health and wellbeing
Establishment of pilots of two key models of social security – Universal Basic Income and the Minimum Income Guarantee to create a system of social security that delivers more than just a bare minimum safety net but also plays a central role in building a wellbeing society, providing a secure income in retirement
Housing – everyone has the right to a home, tackling homelessness

“The purpose of government is to ensure that everyone has what they need to live a good life. That means giving every child the very best start in life, caring for people when they need it throughout their lives and ensuring needs are met through a combination of universal public services, a secure living income and the basic human right to a home. A society that meets those basic needs of its citizens provides a foundation on which to build opportunities for individuals and our whole society to flourish.”

But how do we pay for it?

“we can’t consume our way back to recovery, that the world economy has collapsed twice in just over a decade and, with climate change the single largest threat to prosperity and wellbeing starting to have a greater impact by the day, we desperately need to rethink economics.”

Both these quotes are from an article by Believe in Scotland.

An independent Scotland will reorganise its priorities and spending, following not the Westminster route but that of the wellbeing society. Like every other country, a Scottish Government after independence will allocate monies where it deems appropriate, borrowing (in other words printing) where necessary. Because of the strength of its natural resources and key industries Scotland will be in a strong position. Unlike rUK.

“The myth that the powerful and large UK economy somehow protects Scotland is still maintained by Unionist politicians and in the mainstream media. The stark truth is that the UK economy is not strong enough to withstand the pressures of Brexit or any global economic slowdown without serious repercussions for society including significant spending cuts on essential services.“

If you dismiss Believe in Scotland as an independence supporting part of Business for Scotland, then there is this:
“By contrasting Scotland and England to the Slovak Republic and Czech Republic’s ‘Velvet Divorce’, our research suggests that an independent Scotland will continue growing real GDP per capita despite higher trade costs.”

Scotland’s historic economic performance has been strong, which bodes well for a small, open and independent Scotland. With modest population growth alongside good GDP growth, supported by stable participation in international trade, it seems Scotland is in a far better initial condition than either the Czech or Slovak Republics, and can therefore expect similar (if not better) post-independence outcomes.”

“Considering Scotland has all the necessary machinery in place to become an independent state, we see no obvious reasons why Scotland would not succeed economically if it were to do so, especially if achieved within the bounds of the law.

These quotes are from a report published by the LSE and then deleted from its website. Thankfully a copy, which is well worth reading also for the legal aspect, can be accessed here.

The full report and executive summary of the Social Justice and Fairness Commission can be downloaded from here.

Members of the Social Justice and Fairness Commission were: