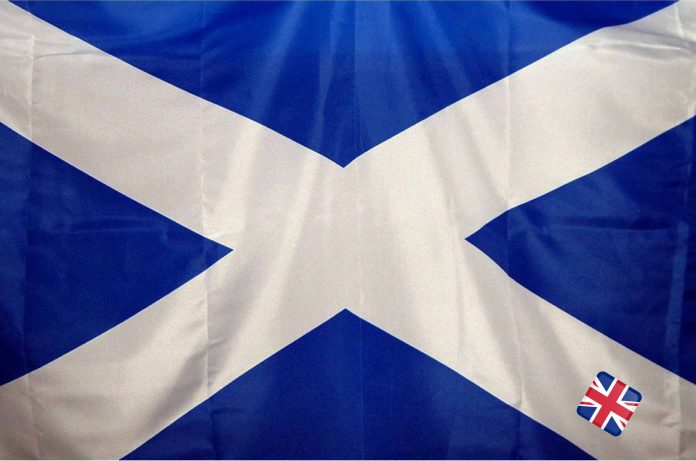 On 3rd February 1960 Harold Macmillan gave his famous Wind of Change speech. This signalled final recognition that Britain’s place and influence in the world had changed. The wind had been blawing for several decades and all Supermac, as Macmillan was labelled by a friendly media, was doing was facing up to the reality – the empire was gone and Britain needed to reinvent itself in changed circumstances.

The English political establishment and Tory leader contenders all drove a process that will see the isolation of their country. If there were some differences in approach these were slight and all will take Britain into vacua in international fora.

The driving force behind influence and reputation in international relations is determined by the links and bonds maintained and furthered by the actions of the state as actor with a cooperative and collaborative disposition. That sums up Scotland’s objective as it seeks a means of escaping England’s descent into an abyss of unknown depth.

Britain, or an England on its own, is a fair sized country. Scotland is smaller but it is not a small country. In today’s world of nation states Scotland falls into the average category. Forging strong links with other nations, European states in particular, is how Scotland can and will gain influence through a process that begins by signalling the end of a union with a country that no longer shares our values and views on society, rights, equality or a positive international relations agenda.

Big changes are coming. The totality of the Brexit process will run for years and years. There is no end on 31st October come what may. It just begins a lurch into the unknown and uncertain. The overwhelming view of the people of Scotland is the wish to hold on to a European future that we voted for in 1973, 1975, 2016 and yet again last month.

When will Ruth Davidson understand Yes means Yes? Perhaps now that her fellow party members think Brexit is the medicine to induce a coma of blind faith, regardless of whether Scotland or Northern Ireland remains in the doomed union, she will get a whiff of the scurrying wind. In a determined drive to defeat Boris as the next leader, the Scottish Tories mounted ‘Operation Arse’. It was no secret undercover assault but an openly reported hostile campaign to undermine bombshell Boris. Looks like that one has dropped its load onto Davidson’s lap.

Ruth Davidson’s first choice for new Tory leader, Sajid Javid, whose leadership chances were hinging by a gnawed thread as he made the minimum 33 votes on the second round. He just survived round 3 and popped his leadership clogs in round 4. Davidson then decided Michael Gove was the man. Come round 5 Gove is mince. So much for Davidson’s judgement. Other Scottish Tory MPs who announced a preference were all over the place with as much cohesion as a bucket of dried up wallpaper paste.

The argument (apparently) for a No Deal position is the EU will now understand Johnson means business and they will be forced back to the negotiating table to renegotiate the May deal. What it comes down to is akin to a man facing execution threatening to hang himself if his conviction is not overturned. Meanwhile businesses have no idea what they should be planning for and the daily trashing of the value of sterling makes us all poorer, unless that is you are one of the 1% making money from shorting sterling (betting value of sterling will keep dropping).

Scotland is told by these Tory politicians that it would have to increase taxes or cut spending if it becomes independent. Figures quoted are actually a result of UK spending decisions and the way the Treasury allocates spending to the other nations of the UK and also English regions. But the Tory would-be PMs, now just Johnson and Hunt, have a whole forrest of Mythical Magic Money Trees enabling them to promise slashed taxes and increased spending.

It’s time for a real wind of change to blow through Scotland. Time to make our own future based on Scotland’s values. England faces an ill wind of its own making and is determined on that choice, regardless of consequences.

A timely reminder of what Scotland loses if we go down the Brexit England route is neatly summed up in the opening Statement from EU trade Commissioner Cecelia Malmström in her Report on trade and investment barriers:

“Despite the turbulence around us, the European Union (EU) is in prime position in global trade. We are both the world’s largest economy and the largest trader–the top trading partner for no less than 80 countries and number one destination for investments worldwide. We now have 40 trade agreements in place with 72 countries worldwide, offering EU businesses privileged access to other markets.

“We are determined to build on these achievements
in a changing world, where rising protectionism tells us that openness cannot be taken for granted. Trade must be a two-way street—and we have made it clear to our partners that the EU can accept no other approach. EU exporters must benefit from reciprocal market access abroad, matching the openness we grant others in the EU.

The concluding paragraph of the report states: “In the closest cooperation with Member States and stakeholders, the Commission remains fully committed to continue further reinforcing the Market Access Partnership to effectively tackle barriers and enhance opportunities for EU operators operating around the world.“

The work of successive Trade Commissioners has been built up over decades by a very large negotiating team for the world’s largest market, yet Boris Johnson and Jeremy Hunt will probably persuade Tory members and much of Old England that they can catch up and do it all in a puff of wind. Scotland wants to join the big player through which we will have direct input and vastly more influence than an isolationist England turning up to play cricket at a ice hockey match.