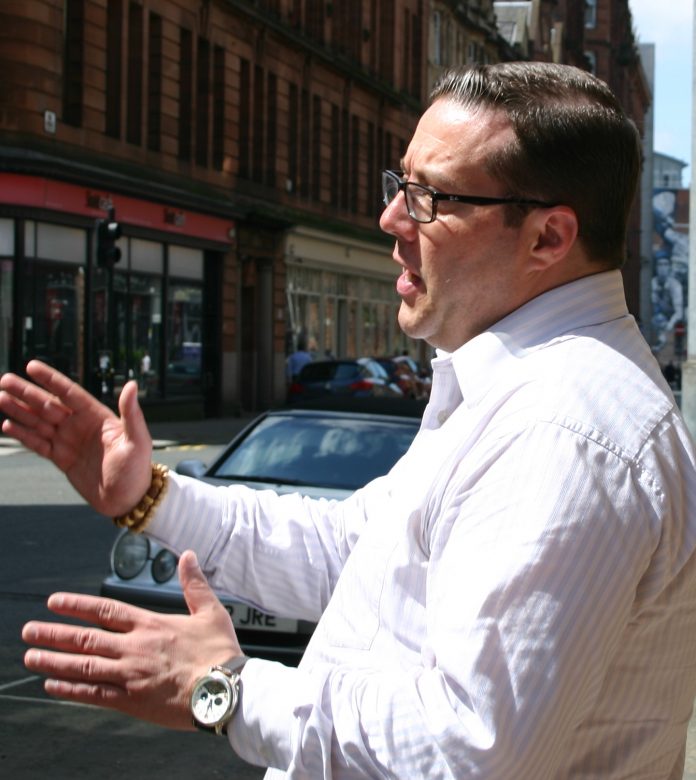 This week Derek takes a look at the Referendum and the Left in Scotland, via conversations with former Glasgow Labour leader Steven Purcell and ex Labour and later SSP MSP Frances Curran.

Steven Purcell (right), who featured in a pilot version of this podcast way back in the darkness of winter, returns to the fray.

Steven’s still not saying how he plans to vote in September, but he offers a trenchant analysis of the Labour position during the current campaign, and how he thinks it should respond to the result (whatever the result).

Purcell remains an important voice within Labour, despite being relatively inactive in politics since his humbling resignation as Glasgow Labour group leader amid a mysterious scandal in 2010.

His role in Glasgow’s successful landing of the 2014 Commonwealth Games is recognised as one of the highlights of his political career.

But will he ever return to politics…?

Episode 22: The media and the referendum